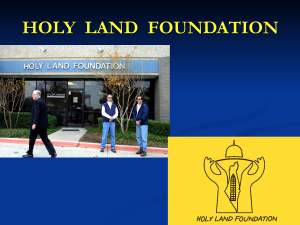 In November 2008, the largest terrorism financing trial in American history came to an end in the Northern District of Texas (Dallas) as the Holy Land Foundation for Relief and Development (“HLF”) and its leaders were convicted of sending over $12 million to leaders of the terrorist group Hamas and many of its front organizations

At the time it was indicted in 2001, the HLF was the largest Islamic charity in America…and it was a front for the designated terrorist group Hamas.

The US v HLF trial was the culmination of a 15 year FBI investigation, and the evidence reveals:

Evidence in the US v HLF trial reveal the U.S. Muslim Brotherhood, on orders from the International Muslim Brotherhood in Cairo, Egypt, created a Palestine Committee to be a node for the terrorist group Hamas in the United States.

The U.S. Palestine Committee created four (4) Hamas front groups including the Holy Land Foundation and the Council on American Islamic Relations (CAIR), which was created in 1994. 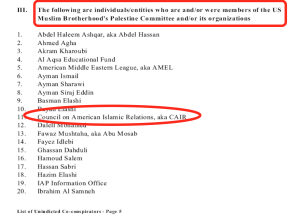 When ISNA, NAIT, and CAIR petitioned the court to have their names removed from the Unindicted Co-Conspirator list the trial judge, Jorge Solis, ruled:

“The government has produced ample evidence to establish the associations of CAIR, ISNA and NAIT with HLF, the Islamic Association for Palestine (“IAP”), and with Hamas.” 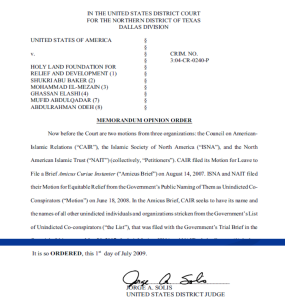 The evidence in the HLF trial reveals ISNA and NAIT send money directly from their accounts to Hamas leaders and Hamas organizations – TERRORISTS – overseas.

This evidence begs a few questions.

Why is CAIR still in existence?  Why is CAIR allowed to host “Muslim Day” at state capitals across America, lobby on Capital Hill, work with local school districts, train police…??? 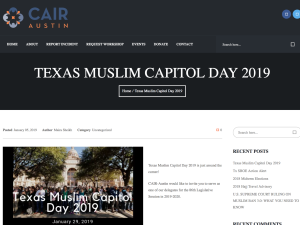 Why are Muslim Brotherhood properties owned by NAIT all over the U.S. not being investigated by local police or state bureaus of investigation?

Why are leaders of ISNA working with the U.S. government with some (eg Mohamed Magid) serving in positions requiring a security clearance?  Why do Christian “interfaith” outreach programs openly welcome ISNA Director Sayyid Syeed as an “equal partner” for “peace and justice?”

The US v HLF case was the largest terrorism financing trial ever successfully prosecuted in American history.  American citizens need to review this case and digest the implications.  It is time to shut the door to suit-wearing jihadi leaders in America at all levels of our society.