When the Caliph of the Islamic caliphate, Abu Bakr al-Baghdadi, says Islam requires all muslims to participate in jihad until sharia is the law of the land, he is correct.

Al Qaeda’s co-founder and former emir Osama bin Laden said:  “It is a duty for the Umma with all its categories, men, women and youths, to give away themselves, their money, experiences and all types of material support…Jihad today is an imperative for every Muslim. The Umma will commit sin if it does not provide adequate material support for jihad.”

Bin Laden was correct with regards to sharia and the requirements of Islam. 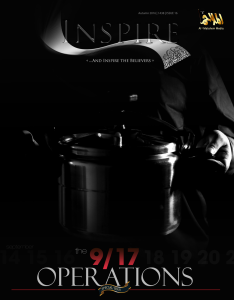 All authoritative sharia (Islamic law) mandates jihad (warfare against non-Muslims) until the world is under Islamic rule (sharia).  There is no “other version” of Islam.

Al Qaeda, ISIS, the Muslim Brotherhood, and all jihadi organizations go to great lengths to ensure the muslim and non-muslim world understand what they are doing and why.  They produce videos and publish magazines to detail their legal reasoning under sharia for their actions.

One simple example from Al Qaeda’s “Inspire” magazine reveals Al Qaeda is very concerned about following the commands of Islam’s god Allah and their prophet Mohammad.

In the Fall 2016 edition Inspire magazine, Al Qaeda’s emir, Sheikh Ayman al Zawahiri, states:  “These blessed (9/11/01) raids came to tell to the materialistic, secular West – the West of temptation, pleasure and benefit – to pay attention and wake up and realize who it is fighting, or rather, doing jihad against you. It is the Muslim Ummah, the Umma of Tawhid (oneness of god)…the Ummah of Jihad and martyrdom…the Ummah of chastity and morality…the Ummah of the amazing Qur’an…”

UTT has not found anywhere in Al Qaeda or ISIS’s writings where their understanding of the requirements of sharia as it relates to jihad (warfare) against the West is incorrect.  And therein lies the problem.

Leaders of the West respond to attacks in Manchester, Nice, Boston, Philadelphia, Fort Lauderdale and elsewhere by immediately telling us the actions of the muslims involve have “nothing to do with Islam.” 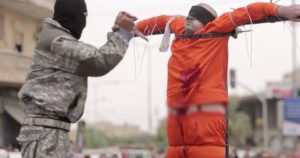 No gray area.  Not very complicated.