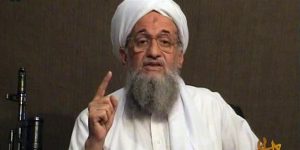 Zawahiri says the means to do this is jihad.

“The goal of our jihad is the restoration of the rightly guided Caliphate.”

In previous posts UTT published “How Does Sharia Define Jihad?” found here, and “What is Sharia?” found here.

The vehicle to do this is called “jihad.”

In other words, the leader of Al Qaeda is correct about the definition and requirements of jihad in Islam. 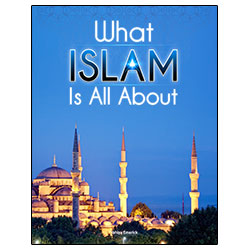 In the most widely used text book in U.S. Islamic schools for 7th graders entitled What Islam is All About, jihad is listed as one of the three duties of all muslims, is defined as:

“The word jihad is most often associated with the act of physically confronting evil and wrong-doing…if anyone dies in a Jihad they automatically go to Paradise.”

For any of the children who still do not understand jihad, the book has a picture of a tank just above these explanations.

Why would they teach this in U.S. Islamic schools to 7th graders?  Why wouldn’t they.  It is doctrinal Islam.

Why would the leader of Al Qaeda urge Al Qaeda members to wage jihad to establish a caliphate (Islamic State) under sharia (Islamic law)?  Why wouldn’t he.  It is the purpose of Islam.

The question UTT is asking is:

“Why are non-muslim U.S. public school students being taught exactly the opposite of what muslim children are being taught in Islamic schools about jihad and Islam?”

As Americans begin the Easter Triduum, rational and reasonable people are encouraged to pray for the strength to simply speak truth about  the real threat from jihadis to their community, and the wisdom to develop actions they can take in their locales to defend themselves against this growing threat.

Any plan or strategy in any community must begin with speaking truth.