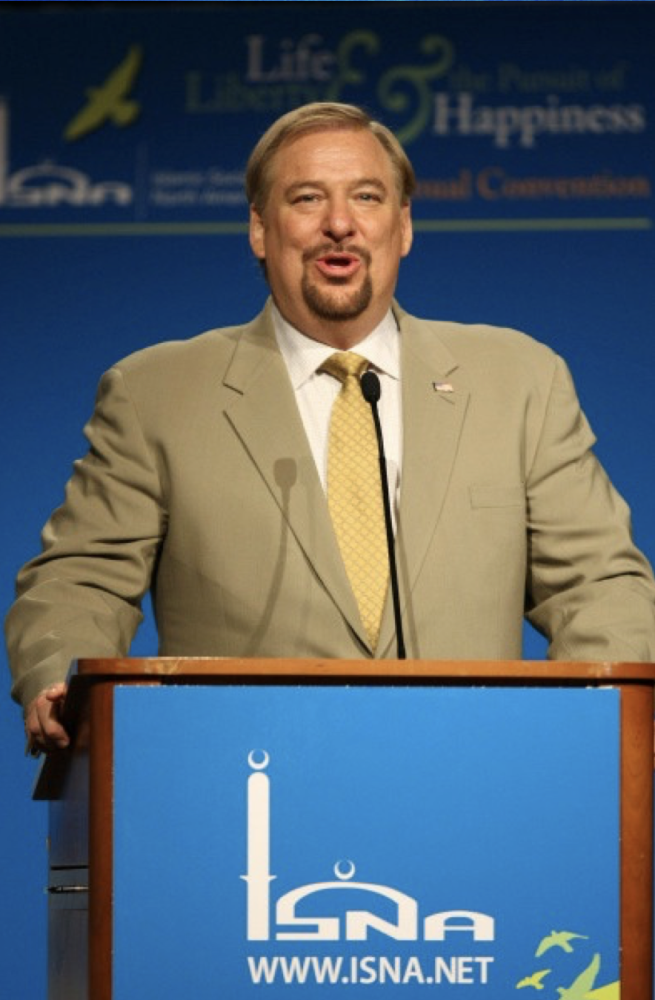 When American Christians participate in “Interfaith Outreach” programs, they do so at their own demise because the interfaith network was created by the communists of Saul Alinsky’s Industrial Areas Foundation (IAF), and is now completely controlled by the U.S. Muslim Brotherhood.

Pastors who participate Interfaith Outreach, participate in the destruction of their church and their flock, as a matter of course.

The fight is already lost once a pastor or rabbi enters the enemies’ battlespace, which is the Interfaith Outreach realm.

Those who think they are “outsmarting” the other side are delusional, as evidenced by the results of the last 20 years of outreach.

Interfaith Outreach is where the communist and Islamic Movements come together with the most force and effectiveness. It is the pointy end of the enemies’ spear.

This hostile line of effort by liberty’s enemies would not be so effective, however, if Christian leaders were not so easily duped by people who speak nicely, but lie directly in pastors’ faces.

“Few people have the toughness of mind to judge critically and to discern the truth from the false…Soft-minded persons have revised the Beatitudes to read, ‘Blessed are the pure in ignorance; for they shall see God.”

There is a reason, for instance, why the Coptic Church does not allow muslim “converts” to Christianity to have positions of authority or leadership in their church until decades pass after their conversion. It is because Coptics know the level of deceit in Islam runs deep.

Have American Christians forgotten that communists penetrated Catholic and then protestant seminaries beginning approximately 90 years ago?

Many American pastors seem to prefer getting along with others over following the truth. UTT intends to expose some of the Christian and Jewish leaders who are aiding and abetting the enemies of liberty and the Church.

We do so because at some point a pastor or rabbi does not get to say, “I did not know the wolf was a wolf, so it’s no my fault my entire flock is lost.”

At Understanding the Threat, we have produced reports totaling over 400 pages detailing the inner workings of the U.S. Interfaith Outreach.

We will continue to publish short articles as we finalize our Executive Summary and ready it for publication.

In the meantime, UTT encourages all of you to continue to be open to the fact that many of your “beloved” pastors are in bed with the wolves from which they are supposed to protect you.

For instance, if a pastor openly praises a “muslim convert to Christianity” without first understanding Islam to discern if it is a real conversion, good money bets on a false conversion full of lies.

Christians who joyfully praise this “conversion” as “sweet” or “beautiful” or “brought tears to my eyes” may want to consider more than emotions for a moment and remember God gave us all a brain for a reason.

The Foxes Run the Henhouse: Suit-Wearing Jihadis Control the Narrative (2020)

Interfaith Outreach: The Leading Edge of the Enemies’ Efforts in America (2022)