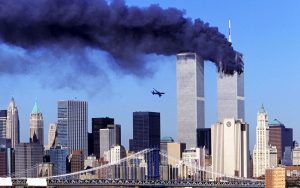 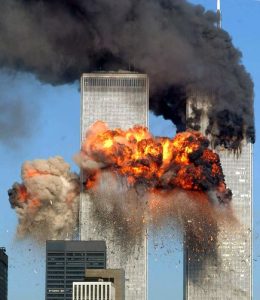 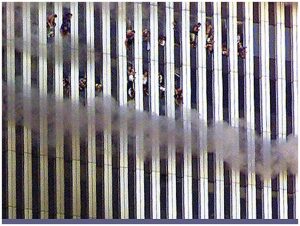 But on United Airlines flight 93, average American citizens demonstrated leadership, courage, and initiative and gave the last full measure of devotion to this nation by ensuring that airplane would not be used to do the kind of devastation we saw in New York and Arlington.

And so it is today.  Citizens will win or lose this war at the local level.

It is 2018.  Contrary to U.S. warfighting doctrine, the United States government has still not identified the “enemy” we face in this war.  You cannot hit the bullseye if there is no target.

Since 9/11, 159 Americans have been killed and 502 wounded in 71 jihadi attacks perpetrated by muslims in 24 different states inside America.

Fifteen (15) of the nineteen (19) Islamic jihadis who attacked America on 9/11 were from Saudi Arabia.  Evidence exists revealing Saudi intelligence operatives conducted a “dry run” for the 9/11 attacks one year prior to 9/11/01, and the Saudi Ambassador to the United States – Prince Bandar – and his wife passed money to an account used to support 9/11 hijackers.

Yet, the United States government calls Saudi Arabia an “ally” in the “War on Terror.”

Pakistani Intelligence helped move Al Qaeda personnel on the ground in Pakistan and Afghanistan after the 9/11 attacks, and Osama bin Laden lived for years in Pakistan less than a mile from the Pakistani Military Academy.

Yet, the United States government calls Pakistan and “ally” in the “War on Terror.”

U.S. military generals, State Department officials, National Security advisors, and directors of U.S. intelligence agencies continue to rely upon Islamic “coalition partners” and Islamic advisors to tell them how to fight the war.

We LOST the wars in Afghanistan and Iraq, and it is not because our military soldiers, Marines, sailors, and airmen failed to do their jobs – it is because our generals/admirals and civilian leaders failed and continue to fail to Understand the Threat and identify the enemy.

The enemy very clearly makes their intentions known.  The enemy is not the problem.  Our leaders are the problem.

U.S. leadership has failed and continues to fail America and Americans are dead because of it – nearly 700 killed or wounded since 9/11 here at home.

President Trump stands virtually alone in this administration as someone who has some semblance of an understanding Islam is the problem and sharia is the threat doctrine of our enemy.

Because of all of this, this war will be won or lost at the local level.

Here is what citizens must do if America is to win this war:

In all of this, local leaders should know your teams will stand with them through all of this if they do the right thing and speak truth.  There does not need to be a public proclamation by all these officials that they understand the threat.  Many will get much more done by quietly shutting the doors to the jihadis that have been open to them for so long.

The most important thing is the know the threat first before you ever decide to act.  When you act you must have a reasonable understanding of how the jihadis will respond so you will be prepared to counter-act them accordingly.

On 9/11/01, American citizens on United Airlines flight 93 took charge and won the day by ensuring a greater tragedy did not take place.  They gave their lives for all of us, as have thousands of American warriors on battlefields across the world.

Will you stand up and do your duty now?