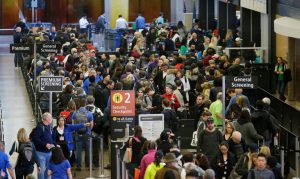 Travelers using U.S. airports are familiar with long lines due to TSA checkpoints, and recent reports indicate lines will get longer in the near future because of new TSA screening procedures, fewer TSA officers and other related issues.

Yet, America is no safer since 9/11 because the federal government has thrown bureaucracy at the threat and entrusted our enemy inside our security perimeter instead of understanding the threat and dealing with it.

Former Director of Central Intelligence R. James Woolsey tells the story of being in Israel and speaking with the Director of Security for Ben Gurion Airport.  When Mr. Woolsey asked him what he thought the difference is between the way the Israelis and Americans handle security at airports the Israeli replied:  “We are actually trying to catch terrorists.”

The Israelis evaluate people for threats.  Americans rely on technology and procedure.

Recent Inspector General reports reveal 95% of contraband – including mock weapons and explosives – made their way through U.S. TSA security check points.  A dangerous and ominous sign of America’s security posture.

Anyone who travels frequently will also notice a high number of sharia-compliant Muslims inside the security perimeter at U.S. Airports.  Specifically, sharia compliant Muslims can be observed:  wearing TSA uniforms and manning checkpoints; working at the airlines; and working at other positions at the airport including shuttle drivers and baggage handlers. 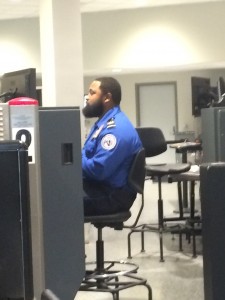 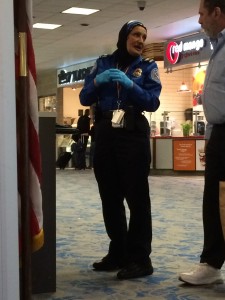 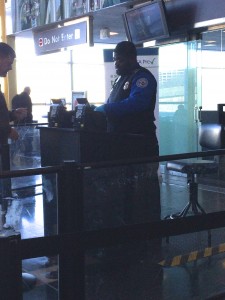 This is a recipe for disaster.

When someone is visibly sharia-compliant, they are a jihadi.  Probably not the best choice for a TSA officer.

Add to this other facts, such as: 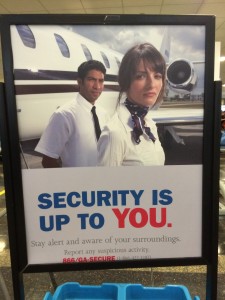 When TSA tells us our security is up to us, they aren’t kidding.