Are Massachusetts, Michigan, and Minnesota Surrendering to the Jihadis?

The state of Massachusetts appears to have surrendered to Hamas; Hamtramck, Michigan now has a Muslim majority city council; and the U.S. Attorney in Minnesota is carrying the water for jihadis by putting the weight of the U.S. Attorney’s Office behind the terrorist’s information operation to silence those who speak truthfully about Islam.

UTT is again forced to ask the question – how long will Americans sit idly by while their elected officials (at all levels) surrender our nation, piece by piece, to our enemy?

On November 12th, the day after Veteran’s Day, Hamas will be flexing it’s muscles on the steps of the Massachusetts State House in Boston by hosting a “Muslim Day.”

Participating in this event will be Massachusetts State Legislators Marjorie Decker and Sonia Chang-Diaz. 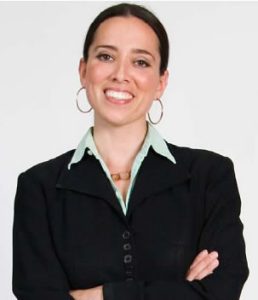 Boston is the place where Patriots – the Sons of Liberty – tossed tea into the Boston Harbor in 1773 because we were being taxed by the British Crown without representation (Tea Act).

The citizens of Boston may want to consider throwing their elected officials into the Harbor for aiding and abetting a designated terrorist organization, namely Hamas doing business as the Council on American Islamic Relations (CAIR).

CAIR is a Hamas organization per the evidence in the largest terrorism financing and Hamas trial ever successfully prosecuted in American history (US v Holy Land Foundation for Relief and Development, Dallas, 2008).

The U.S. Department of Justice identified CAIR as a member of the Muslim Brotherhood’s (MB) Palestine Committee (Hamas).

Those who have been elected are Sharia-adherent Muslims and, therefore, their election is not Constitutionally allowed because they support a system of government that mandates an overthrow of our Constitutional Republic and a suppression/destruction of our liberties.

If recent history is any prediction of future events, we can expect the federal government to do nothing…unless of course Constitutionally minded citizens question this development in Hamtramck.

Meanwhile, unsuspecting citizens in the city of Hamtramck, who appear to be ignorant of the teachings of Islam and the repercussions of Islam in our society, believe the Muslim city council members have “accomplished a lot for the city.”

UTT is hopeful the people of Hamtramck have televisions so they can watch their coming future as they witness European cities being destroyed by these same people.

Minnesota
In keeping with the federal government’s overt support for terrorists, and their disregard for:  (1) their Oaths of Office, (2) the founding principles of the Declaration of Independence, and (3) the Constitution, the U.S. Attorney in Minnesota has joined forces with the international jihadi community to silence the truth and suppress the God-given rights of American citizens to freely express themselves.

Andrew M. Luger, in an open letter in the Minneapolis Star Tribune on November 2nd, said “The current wave of Islamophobia needs to be stopped in its tracks. Minnesota has a thriving, patriotic and entrepreneurial Muslim population. By collectively rejecting attacks on Muslim Minnesotans, we can set an example for the rest of the nation.”

Interesting that Mr. Luger’s comments mirror the language of the global Islamic Movement which calls for “deterrent punishment” for anything that offends Islam.  This quote comes from the OIC’s 10-year plan.  The OIC, of course, is the largest voting block in the UN, and is made up of all 57 Muslim states on the planet.

Mr. Luger has likely never heard of the OIC.

The question citizens of Minnesota should ask Mr. Luger is:  “What Islamic Law have you read.”  He has not read any.  He is taking the Imams and Islamic leaders at their word, despite the evidence they are Sharia-compliant and many are a part of the Muslim Brotherhood’s jihadi network in the United States.

This is unprofessional conduct on Mr. Luger’s part.

“Islamophobia” is saying anything about Islam or Muslims they would dislike.  It is the implementation of the Islamic Law of Slander.  In Islamic Law (Sharia) Slander is a capital offense.

In case Mr. Luger has not noticed, human beings are being killed and silenced by threats of death (including in the United States) for “offending” Muslims.

It is reasonable to assume that if someone threatened to kill Mr. Luger, there would be a full investigation immediately opened and his office would pursue those threatening him to the fullest extent of the law.

Yet, Mr. Luger’s response to the threat of Islam in America is to commit to “stopping” free speech “in its tracks” when it comes to speaking about Islam.  Mr. Luger mistakenly takes the anger of the citizens as hatred towards Muslims, when actually it a demonstration of their frustration of dealing with the legitimate fear of a real threat (Jihadis) while those charged with defending our society (eg Mr. Luger) overtly side with the enemy.

The anger is directed at people like Mr. Luger.

For Americans, there are difficult decisions which are no longer rapidly approaching – they are here.

Our leaders continue to sit on their hands while our enemies gather strength and prepare to wage war against communities all around America.  Yet, state houses (Massachusetts), cities (Hamtramck, MI), and U.S. Attorney’s like Andrew Luger surrender to or do the bidding of our enemy.

Where are the Sons of Liberty now?