When the President’s National Security Advisor chose the new Chief of Staff for the National Security Council, the media elites immediately launched attacks to destroy the good name and reputation of the man designated for that position – Fred Fleitz. 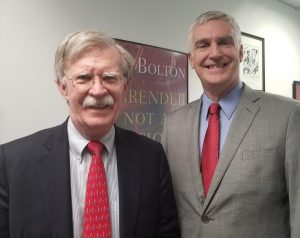 Fred Fleitz has a career of honorable service to the United States including:

* Serving in the Central Intelligence Agency for 19 years as a senior analyst with an expertise in Weapons of Mass Destruction, proliferation, and related matters

* Vice President of the Center for Security Policy in Washington, D.C.

Mr. Fleitz regularly appears on many media outlets regarding a wide variety of national security matters.

Amidst the ad hominem attacks, the media, including Peter Beinhart at The Atlantic, revealed their ignorance or willing support for the jihadis/terrorists and their stated objectives – to establish a global Islamic State under Islamic Law (sharia).

In his article, which can be found HERE, Peter Beinhart follows the script of most in the media – he quotes the Center for Security Policy and its publications on matters of sharia and the Muslim Brotherhood’s Jihadi Movement in the U.S., and leaves the reader believing the information is rhetoric or baseless without actually addressing the matter in fact.

Specifically, Mr. Beinart fails to mention sharia is authoritatively derived from the Koran and the example of Islam’s prophet Mohammad.

Mr. Beinart fails to mention that 100% of our enemy self-identifies as “muslims waging jihad to establish an Islamic State under sharia.

Mr. Beinart fails to mention that 100% of all published sharia mandates jihad until the entire world is under sharia and 100% of sharia legally defines “jihad” ONLY as “warfare against non-muslims.”

Mr. Beinart fails to mention that it is obligatory for muslims to follow all aspects of sharia under penalty of death under the Laws of Apostasy in sharia.

Mr. Beinart also fails to mention that the evidence in the largest terrorism financing trial ever successfully prosecuted in American history (US v Holy Land Foundation for Relief and Development, Dallas 2008) reveals the most prominent Islamic organizations in the United States are – as a matter of fact – part of a defined “movement” led by the U.S. Muslim Brotherhood with the stated objective of waging “Civilization Jihad” to establish an Islamic State (caliphate) under Islamic Law (sharia).

Mr. Beinart fails to mention this is the same objective as Al Qaeda, ISIS, and every other jihadi organization on the planet.

In his article, Mr. Beinart mentions the Islamic Society of North America (ISNA) and the North American Islamic Trust (NAIT) as if the Center for Security Policy and Fred Fleitz have wrongly accused them of simply being Islamic.  The evidence in the 15 year FBI investigation into the Holy Land Foundation reveals the Muslim Brotherhood itself identifies ISNA and NAIT as Muslim Brotherhood entities, and the evidence demonstrates both organizations passed large sums of money directly from their accounts to Hamas leaders and Hamas organizations overseas – terrorist organizations – in violation of U.S. law. 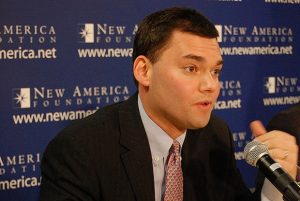 Maybe none of this should surprise us since Peter Beinart has openly defended the terrorist group Hamas, which is an inherent part of the Muslim Brotherhood.

If we analyze Mr. Beinart’s “journalistic” work, he is either demonstrating staggering incompetence as a reporter or is intentionally defending enemies of the United States.

In either case, Mr. Beinart’s defense of terrorist support organizations with a defined goal of overthrowing the U.S. government, and his ad hominem attacks on a man who has dedicated his life to public service – Fred Fleitz – is disingenuous at least, and, more realistically, seditious and intentional at its roots.