Attack on Pittsburgh Synagogue is a Microcosm of the Entire War 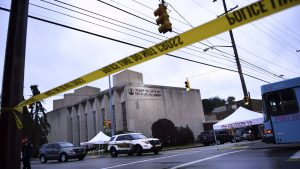 The political warfare being waged by the Marxist and Islamic Counter-States is culminating one week before elections in the U.S. just as the enemy planned.

Here is what we have thus far: 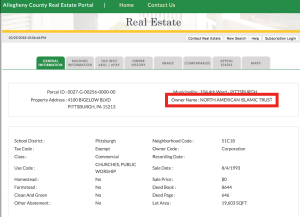 Therefore, the logical question:  Since the Islamic Center of Pittsburgh is a Muslim Brotherhood organization which seeks to establish an Islamic State under sharia (Islamic Law) which mandates the destruction of Jews, why would they donate so much money to a synagogue?

The Islamic Center of Pittsburgh is a hostile jihadi organization and, like the Muslim Brotherhood’s Islamic Society of North America (ISNA), also a direct funding arm for the terrorist group Hamas which donated money to the families of the victims of the Fort Hood, Texas massacre, they do it to buy off the community and the victims so they will not see the Islamic threat for what it is.

The money given by the Muslim Brotherhood’s Islamic Center of Pittsburgh to the Tree of Life Synagogue is blood money.  It is a small price for the jihadis to pay to silence the Jewish community in Squirrel Hill and elsewhere.

Why do Jewish leaders defend the Muslim Brotherhood and Hamas in America?  One reason is that many Jewish leaders foolishly take the muslim leadership at their word instead of actually reading sharia which mandates muslims to lie to non-muslims when the goal is obligatory – ie jihad.

UTT encourages readers to look at all that is going on through the lens of the Marxist and Islamic Counter-States which are aggressively moving their war to take down America’s Constitutional Republic forward.

Americans must believe what they are seeing, understand Marxist doctrine and sharia (Islamic Law), and work locally to purge the enemy from your midst.