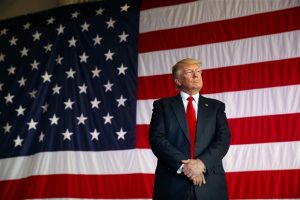 Speaking at a public event Congresswoman Waters said, “There are those who say, ‘What if we get rid of him?  Then we’ve got that Vice President and he’ll be worse.’  I say knock off the first one and then go after the second one.”

In June 2017, House Majority Whip Steve Scalise was shot by a Marxist (democrat) at a ball field in Alexandria, Virginia.  The assailant was killed after a ten (10) minute gun battle with police.  A report published by the Commonwealth’s attorney for Alexandria stated:  The assailant was “fueled by rage against Republican legislators” and “decided to commit an act of terrorism.”

In other news, the evidence continues to pour in revealing the most senior FBI officials knowingly filed an application to the FISA Court with critical information omitted and incorrect information knowingly included as a part of a concerted effort to unlawfully use agencies of the federal government – FBI & CIA – to spy on U.S. citizens in a broader effort to remove the duly elected President of the United States from office.

Hamas jihadi Linda Sarsour, also the leader of the “Women’s March” is openly calling for “JIHAD” against President Trump.

Former Director of Central Intelligence John Brennan and former President Barack Obama – both of whom have provided direct aid and comfort to enemies of the United States – openly work daily to thwart the best interests of the American people, our national security and against the President himself.

As has just been reported, former Secretary of State and Vietnam War era traitor John Kerry is doing what is consistent with his history – working directly with enemies of the U.S. (Iran) to undermine U.S. foreign policy and destabilize U.S. national security.

Then there are local and state officials defying the Constitution’s Supremacy Clause.  Their “sanctuary” cities are nothing more than havens for criminals, endangering citizens and violating federal law.

If these intentional actions do not amount to Treason, a concerted war against liberty and the people of the United States, our national security, and the Republic itself, it is hard to imagine what would be.

President Trump must take drastic and radical action, to include purging all major government entities and agencies of Obama holdovers and socialist Republicans, if a successful outcome – victory – is to be achieved at the federal level.

This war for liberty and the survival of the Republic hinges on the efforts of the American people at the LOCAL level.  The war will be won at the local level through intense actions by local citizens who get themselves, their local police and local officials trained and prepared.

The good news is that the war is in front of us, and thankfully many Americans are aware of the many threats we face.  But this war requires two very important things from Patriots:  1) bold truth must be spoken about the threats we face AND about the founding principles that hold this Republic together:  “…the Law of Nature and Nature’s God”; and (2) a strict adherence to the just laws of this nation by Patriots.  The enemy – both the Marxists and the Jihadis – needs us to lash out at them to give them the flash point they are looking for.  We will not give that to them.  We will fight smarter and with more savvy.

As Americans are seeing, the Marxists and Jihadis cannot help but overplay their hands, and are visibly losing their minds.

Shore up your neighborhood’s and local areas.  Understand the Threat.  Get organized and take the fight to the enemy so we can put freedom back on the offensive where it belongs.