What does CAIR have in common with ISIS, Al Qaeda, and the Taliban?

It is a terrorist organization which hates and violently opposes Free Speech.

Like ISIS, Al Qaeda, and the Taliban, CAIR is a jihadi organization.   It is Hamas in the United States.

Don’t let the suits fool you. 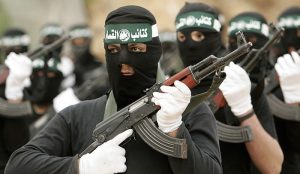 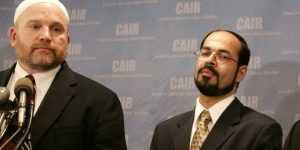 CAIR was identified by the U.S. Department of Justice and the FBI as a part of the U.S. Muslim Brotherhood’s Palestine Committee, which is Hamas in the United States.  See page 5, line 11 of the governments un-indicted co-conspirators list from the largest terrorism financing and Hamas trial ever successfully prosecuted in American history (US v Holy Land Foundation, Dallas, 2008) HERE.

When CAIR wanted its name off the un-indicted co-conspirator list of the largest Hamas trial in American history (US v HLF, Dallas, 2008) the Department of Justice stated, “The U.S. Muslim Brotherhood created the U.S. Palestine Committee, which documents reflect was initially comprised of three organizations: the OLF (HLF), the IAP, and the UASR.  CAIR was later added to these organizations…the mandate of these organizations, per the International Muslim Brotherhood, was to support Hamas.”

CAIR is still listed as an un-indicted co-conspirator in the largest Hamas trial ever successfully prosecuted in American history.

For a more detailed list of evidence conclusively unmasking CAIR as a Hamas entity, see UTT’s publication CAIR IS HAMAS. 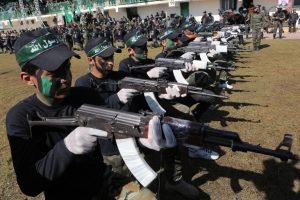 And like ISIS, Al Qaeda, and the Taliban, CAIR’s inclusion as a Muslim Brotherhood/Hamas entity means it also supports violence against anyone who violates the Islamic Law of Slander, which is to say anything about Islam a Muslim would “dislike.”  It is a capital crime in Islam.

This is why CAIR tells Muslims not to talk to anyone in law enforcement before talking to them.  It is why they tell Muslims never to speak to the FBI. 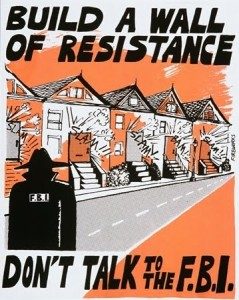 It is why they violently oppose anyone who speaks truth about who they are – like UTT.  CAIR’s lies and deceit cannot stand the light of day nor the mountain of evidence arrayed against them.

In 2008, the FBI cut off all formal ties with CAIR because of the evidence linking it and it’s leaders to Hamas.  On April 28, 2009, the FBI’s Assistant Director for Congressional Affairs, Richard C. Powers responded to an inquiry from U.S. Senator Jon Kyl (AZ) stating, “In light of that evidence, the FBI suspended all formal contacts between CAIR and the FBI.”

CAIR is a terrorist organization and its leaders like Nihad Awad, Omar Ahmad, Ibrahim “Dougie” Hooper, Corey Saylor, Ahmed Rehab, Mustafaa Carroll, Parvez Ahmed, and so many others, are terrorists.

Technically they are “jihadis” but, using U.S. legal terms, they are “terrorists.”

Since one of the documents discovered among Nihad Awad’s files at CAIR’s headquarters office entitled “Proposed Muslim Platform for 2004” dated 3/08/04 states one of CAIR’s goals was to “attempt to understand Islamic movements in the area, and start supporting Islamic groups including Mr. ben (sic) Laden and his associates,” one would think CAIR and its leaders would be no more.

Many of CAIR’s leaders have been convicted and sent to prison for being terrorists including:  Ghassan Elashi, Randall (Ismail) Royer, Bassam Khafagi, and Nabil Sadoun.

In fact, on CAIR’s own website  they openly admit they ONLY give the zakat they raise towards “fisabilillah” – category 7 – which is  jihad (“terrorism”).  That is a violation of federal law. 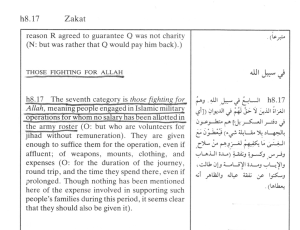 Suit wearing jihadis are no less dangerous than ISIS soldiers on the battlefield.

CAIR is Hamas, and their headquarters is one block from U.S. Capitol offices buildings.  They are a terrorist organization (Hamas) funding terrorism, and silencing Americans who speak truth about them as a part of their civilization jihad, yet they are still not in jail where they belong.