Not understanding national security threats to America has devastating consequences.  Understanding Economic Warfare and sharia compliant finance is no exception.

Nine years ago, UTT President John Guandolo met with Kevin Freeman in Dallas, Texas to discuss Freeman’s research revealing the 2008 U.S. market downturn was probably an intentional economic attack from hostile foreign nations and others, during which the United States lost over $12.5 trillion dollars in wealth.

This meeting led to Freeman being contracted with the Department of Defense to write an official report on Economic Warfare.

In his report, Freeman describes three (3) phases of this economic attack as follows: 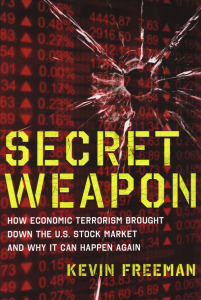 The evidence produced in Freeman’s report, and in his best-selling book Secret Weapon, make a strong case the 2008 U.S. financial crisis was primarily a result of economic warfare against the U.S.  It also makes clear the United States is still critically vulnerable to such attacks in the future.

To get a copy of Secret Weapon, click here.  Kevin Freeman can also be seen on his CRTV show Economic War Room.

With regards to Sharia Compliant Finance (SCF), it was under the George W. Bush administration the Treasury Department mandated SCF training for its employees.

Sharia Compliant Finance (SCF) refers to all financial mechanisms and transactions which are compliant with sharia. 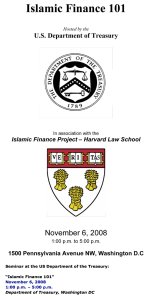 Sharia is Islamic law, and all sharia mandates warfare against non-muslims until they convert to Islam or submit to sharia and pay the non-muslim poll tax (jizya).

All sharia mandates muslims to lie to non-muslims when the “goal is obligatory” which includes advancing the cause of Islam.

Sharia is the “law of the land” on the earth and in Islamic elementary and junior high schools in the U.S. muslim children are taught that dying in jihad is the only way to guarantee muslims will go to “paradise.”

The two men who brought Sharia Compliant Finance to Wall Street and the U.S. stock market are:  Yusuf al Qaradawi, the senior Islamic jurist for the International Muslim Brotherhood; and Muhammad Taqi Usmani, a former justice on the Apellate Bench for Pakistan’s Supreme Court who openly calls for jihad to be waged and sharia to be implemented worldwide.

Not the men American financial leaders should be trusting with the U.S. financial system.

Today, many U.S. banks have funds and accounts which are compliant with sharia and SCF certified.  This is what the Muslim Brotherhood calls “Civilization Jihad” by OUR hands. 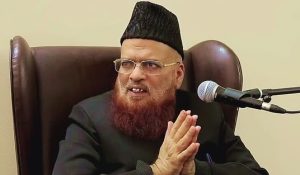 Add to all of this that 1/8 of all zakat collected in U.S. mosques and Islamic organizations go to support “Islamic military operations” or what U.S. law calls “terrorism” and it is easy to see the United States is under financials assault at many levels.

The only answer to even begin to deal with this massive systemic assault on the U.S. financial system by the Global Islamic Movement is to know sharia.

It’s All About Sharia.