Should Congressman Keith Ellison Be Charged with Treason?

Should Congressman Keith Ellison Be Charged with Treason?

U.S. Congressman Keith Ellison has a long and detailed history of working with terrorists and others plotting to overthrow the United States government, in direct violation of U.S. Federal Code and Ellison’s Oath of Office.

UTT is asking the question:  Is there enough evidence to charge him with Materially Supporting Terrorism and Treason?

Keith Ellison is a muslim who converted to Islam as a young man.

Ellison believes sharia (Islamic law) – the barbaric legal system called for by the Islamic State, Al Qaeda, the Muslim Brotherhood, the OIC (Organisation of Islamic Cooperation), and other Islamic groups – should be the law of the land everywhere.

Ellison spoke at the National Lawyers Guild fundraiser for Sara Jane Olson in 2000.  Sara Jane Olson was a terrorist with the Symbionese Liberation Army who was in hiding for 25 years before being arrested in 1999.

Congressman Ellison regularly meets and strategizes with the leader of the U.S. Muslim Brotherhood and the terrorist group Hamas in the United States – doing business as the Council on American Islamic Relations (CAIR) – Nihad Awad.  The two are very close and work together on propelling the Islamic Movement forward in the United States. 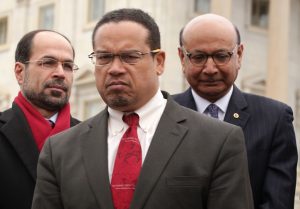 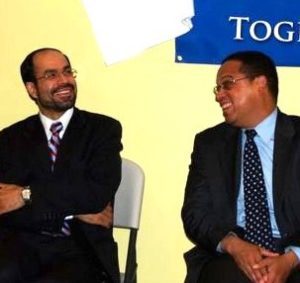 Ellison supports and meets with leaders of Muslim Brotherhood organizations such as the Islamic Society of North America (ISNA).  In the largest terrorism financing trial ever successfully prosecuted in American history (US v HLFRD, Dallas 2008), ISNA is identified by the U.S. government as a Muslim Brotherhood organization which financially supports the terrorist group Hamas.

Ellison has been a speaker at Muslim Brotherhood national conferences (ISNA, CAIR, et al) in the United States. 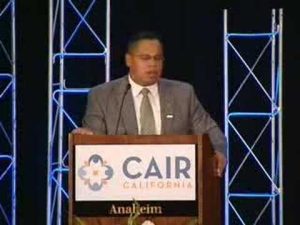 The stated goals of the Muslim Brotherhood’s Islamic Movement is to overthrow the United States government and replace it with an Islamic State under sharia.  See MB By-Laws here. 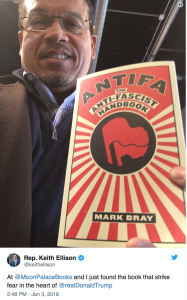 Ellison’s choice of words in his tweet is telling, especially when juxtaposed with the Koranic verse from which the sentiment likely came.

“Against them make ready your strength to the utmost of your power, including steeds of war, to strike terror into (the hearts of) the enemies, of Allah.”  Koran 8:60

All of these are violations of the law and appear to meet the legal standard of Treason under Title 18 U.S. Federal Code Section 2381 which reads: