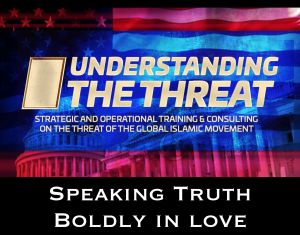 It is apparent through polling data, social media traffic, and a variety of reporting that tens of millions of Americans understand there is something fundamentally wrong with Islam.  However, some people who do have some understanding of the threat do not do a good job explaining why this matters to average Americans and why they should care.

Today, it is hard to find one elected official at the national level who speaks clear truth about the Islamic threat.  To do so is to be defamed and publicly condemned.

Unfortunately, there is a growing cry among GOP leaders at the state and federal level to defend muslims who are supposedly being “singled out unfairly” simply because “of their religion.”

Yet, these same GOP leaders are unaware of the massive jihadi threat present and growing inside the United States right now.

These leaders should keep in mind prominent and popular muslim leaders like Abdurahman Alamoudi and Anwar al Awlaki were befriended and defended by a number of politicians, yet turned out to be Al Qaeda operatives.  One is now in prison, and the other was killed by a U.S. drone strike in 2011.

A professional analysis of any threat begins with who an enemy says they are and why they say they are fighting.  “Terrorists” killed or captured in the United States state they do what they do because it is a command from Allah (Islam’s god) to wage war against non-muslims until the entire world is under sharia (Islamic Law).

The same doctrine these “terrorists” espouse is the exact same doctrine Al Qaeda and the Islamic State teach, and also happens to be the same doctrine taught to muslim children in Islamic schools all over the world, as well as by the most prominent schools of Islamic jurisprudence.

Sharia is the doctrine all jihadis follow, and sharia is what jihadis seek to impose on everyone on earth.

However, there are people who self-identify as “muslim” who do not want to live under sharia nor impose it on others.  While these may be genuinely decent people, the way they live – outside of sharia adherence -does not constitute another “version” of Islam.  They are simply living outside of the requirements of sharia/Islam.

When we as Americans discuss this issue with others who have no knowledge of Islam and sharia, it is important to remember two key points:

The foundation of Western civilization has for centuries been “Love thy neighbor.”

If we care about our neighbor’s well-being, we as citizens cannot support leaders who continue to publicly make false comments and create domestic and foreign policies based on the lie that Islam is not a barbaric ideology that enslaves people.

We must speak truth about the totalitarian ideology that is Islam, yet be discerning about individual muslims who may or may not adhere to it.

As patriotic Americans prepare for Christmas and contemplate the road forward for our nation, UTT encourages all of you to consider our operating guideline:  Speak truth boldly in love.