Five (5) people are dead and 13 others wounded after Esteban Santiago shot them with a handgun inside the baggage claim area of the Fort Lauderdale (Florida) Airport Friday (1/06/2017). 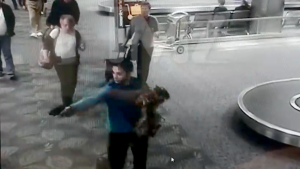 The FBI got one thing right:  like all sharia adherent muslims, Santiago is not mentally aligned with civilized society.  Santiago’s family said he “lost his mind,” and says he has never been the same since he came back from Iraq.  This may all be true.

But it begs some questions.

Isn’t it interesting how jihadis who have been investigated by the FBI with no action taken, wind up killing and/or wounding Americans in places like Little Rock, Boston, New York, San Bernadino, Orlando, and elsewhere, and are then dubbed “mentally ill?”

They are never dubbed “Islamic jihadis” or “Islamic terrorists.” 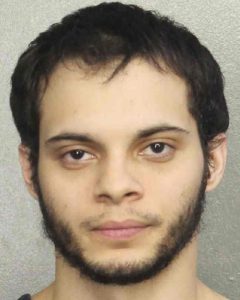 Photos of Santiago show him with a sharia compliant beard, wearing an olive drab keffiyeh flashing his index finger, the same sign ISIS and others jihadis flash demonstrating their belief in Islamic Tawheed, the oneness of allah. 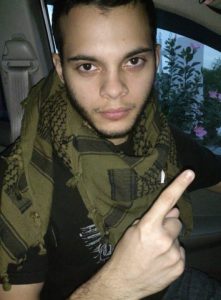 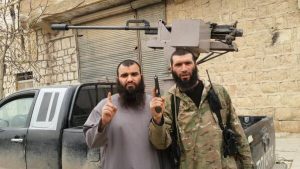 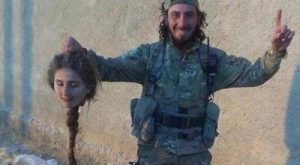 Santiago told the FBI he heard voices telling him to watch ISIS videos, and the FBI determined that qualified him for the title “mentally ill.”  Muslims around the world teach their children jihad must be waged against non-muslims until Islam rules the world.  They teach this because it is what the Koran commands and what Islam’s prophet Mohammad commanded and worked for as well.

Crucifixion, beheadings, amputations, whipping and other punishments are a part of sharia because allah commands them in the Koran.

Considering all this, it is not unreasonable for sane people to consider adherents of sharia mentally unstable or insane, even though they are sincerely following doctrinal Islam.

It is worth noting that Esteban Santiago was sane enough to know that when he ran out of bullets at the Fort Lauderdale airport he should lay on the ground to keep from getting shot by police.