Finding Truth Among Talking Heads in the Media

Finding Truth Among Talking Heads in the Media 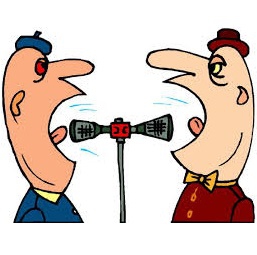 Many of the questions UTT gets these days revolve around our thoughts on various talking heads who seems to “get it” about the Islamic threat.  Often times the questioners are disappointed to hear the truth UTT shares with them about the person whom they were inquiring.

It is important at this time in the war we all understand that any departure from the truth about the threat we are facing from the Global Islamic Movement provides space in which our enemies can operate.

Remember, our enemy is working most diligently and most effectively in the information battlespace.

Anyone giving our enemy room to maneuver is serving the enemy’s cause not America’s – no matter what their intentions.

What boxes the enemy in is the truth about who they are and what they are doing.

So today, the UTT team would like to offer three simple things to help our readers discern who among the talking heads are intentionally or unintentionally giving our enemies rooms to move, and those speakers who are on point:

UTT hopes these simple guidelines will help you discern truth-tellers from liars.

The Global Islamic Movement, including all of the jihadi organizations as well as jihadis killing people around the world from New York to London to Paris to Brussels to San Bernadino and Orlando, states they are muslims waging jihad in the cause of allah in order to establish a caliphate under sharia (Islamic law).

Anyone watering the truth down at this point in the war is giving our enemy the ability to keep Americans from understanding the true nature of the threat while allowing the jihad to advance forward and making our victory that much more difficult.