FISA is a Constitutional & Needed Weapon in This War 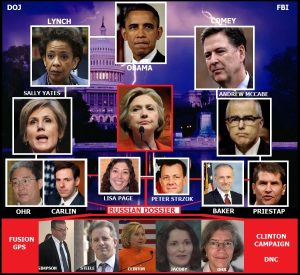 With news full of reports about the fraudulent dossier used to obtain the FISA warrant to intercept communications of Carter Paige and the release of the memo last week, the following is provided to UTT readers to help them understand what it takes to obtain a FISA warrant, that FISA is constitutional, and that FISA is needed for the national security of America.

F.I.S.A. stands for the Foreign Intelligence and Surveillance Act, and was legislated by the U.S. Congress in 1978 to ensure American citizens were protected from overzealous government intrusion into their privacy in the name of “national security.”

The FISA Court provides a means for the U.S. government to collect on subjects of sensitive/classified investigations (counterintelligence and terrorism for example) without endangering sources and means of the investigation.

FISA judges are federal judges who have been confirmed by the U.S. Senate and chosen by the Chief Justice of the U.S. Supreme Court.

Understanding the Threat’s President John Guandolo served as a Supervisor in the Counterterrorism Division at FBI Headquarters during his career in the FBI.  In that capacity, he was the affiant – one who swears to the veracity of an affidavit – in support of numerous FISA warrants.

When an FBI agent in the field needs a FISA warrant, he/she contacts their supervisor at FBI headquarters who acts as the affiant for the warrant.  The two work through the affidavit, sometimes over 100 pages long, until the FBIHQ Supervisor is satisfied the legal standard of Probable Cause is met and the facts are verified.

The FBIHQ supervisor works with a Department of Justice attorney, and the cover sheet for the affidavit must be signed off by a DOJ official.  The affidavit is also reviewed and signed off by the FBI Director or Deputy Director.

It is not unusual for the FBI supervisor and DOJ attorney to meet with the FBI Director over a weekend at his home while the Director reviews the affidavit, asks questions, and is satisfied the affidavit can go to the judge.

Then the FBI supervisor and DOJ attorney sit before the FISA judge who reads the affidavit and asks questions.  When the judge signs the affidavit, the technical process begins to intercept the subject of the investigation.

This entire process is legal, constitutional and an important tool in the national security toolbox for dedicated servants inside the government. 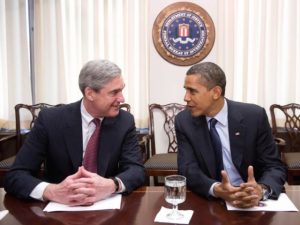 In the current case before us, FBI and Department of Justice leaders put forth an affidavit that – as the memo released last week makes clear – was fraudulent and the FBI knew it.  The dossier from Christopher Steele was fabricated and purchased by Hillary Clinton/DNC, and yet this information was not provided to the FISA judge during the initial application for the FISA warrant nor at any of the three times when the warrant was renewed.

In a vacuum, these actions are violations of federal law.  At a minimum, this is perjury and tampering with a federal election by those involved.

But it is much worse than that.

Robert Mueller’s investigation was predicated on a request for Special Counsel which did not allege any crime.  The FISA warrant for Paige was predicated on lies using a source known by the FBI to lack credibility (Steele).

In reality, these actions – efforts to tamper with a federal election and, now, undermine and overthrow a duly elected President of the United States – constitutes “Sedition.”