Naive and soft-minded Christians should open their eyes and ears and hear this:  The “Palestinian Cause” you cry over and support has always been about supporting Hamas – a designated terrorist organization.

You are too ignorant and too willingly blind to know it.

Israeli security officials revealed, and CBN News has reported, that Mohammed El-Halabi, the Director of the Gaza Branch of World Vision – one of the leading charitable Christian organizations on earth – funneled over $42 million to Hamas over six years.  The Israelis also report El-Halabi (a Hamas operative) was specifically tasked by Hamas with penetrating World Vision for the explicit purpose of stealing money to be used for weapons and other war-fighting instruments.

The Israeli officials also revealed Halil El-Halabi (Mohammed’s father), who was the Director of the United Nations Relief Works Agency (UNRWA), is “also a member of Hamas and uses his position to serve the terrorist organization.”

It should be noted that Hamas is the Palestinian branch of the International Muslim Brotherhood – the organization the U.S. government uses as the liaison between itself and the American Muslim community – and whose stated objective is “civilization jihad” to overthrow the U.S. government and replace it with an Islamic State.

The Muslim Brotherhood’s civilization jihad primarily uses espionage and counterintelligence operations, including political influence, subversion, propaganda, and other similar operations, to gain support in the West, especially the United States.

This is what we see with Hamas’ penetration of World Vision and the UN, and what we see in the “Interfaith Outreach” programs across North America.  It is all driven by Hamas/Muslim Brotherhood organizations and leaders:  suit-wearing jihadis who speak peacefully but whose objective is the same as Al Qaeda and ISIS.

American Christian leaders have demonstrated an unusual amount of naivete and gross ignorance when it comes to dealing with U.S. Muslim leaders, nearly all of whom are Hamas/Muslim Brotherhood operatives.

There is a lesson here for American Christian leaders:  “Behold, I am sending you out as sheep in the midst of wolves, so be wise as serpents and innocent as doves.”

“Nothing pains some people more than having to think…Soft-minded people are prone to embrace all kinds of superstitions…There is little hope for us until we become tough minded enough to break loose from the shackles of prejudice, half-truths, and downright ignorance.” 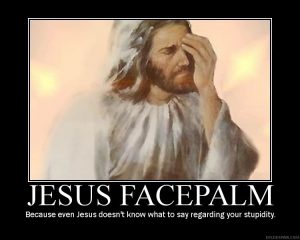