For several years after 9/11/01, the American government focused all it’s energy hunting down Al Qaeda and its leaders.  The American public was told it was in a war against Al Qaeda.  Yet today, it is as if Al Qaeda evaporated from the planet and our only adversary is ISIS. 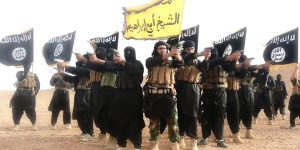 The fact is, if every Muslim jihadi fighting for ISIS were killed today, the global Islamic jihadi Movement would not stop.

ISIS is not THE enemy.  ISIS is a part of a much larger threat to the West.  The enemy we face calls itself the Global Islamic Movement.  It is a global jihad to establish Islamic rule on the planet.

This Movement is primarily led by the International Muslim Brotherhood, but there are other parallel Islamic Movements working together.  There are many violent jihadi organizations like ISIS, Al Qaeda, Hamas, Hizbollah, and hundreds of others battling in Iraq, Syria, Libya, parts of Africa, and elsewhere.

The leadership of the international Muslim community is the Organisation of Islamic Cooperation (OIC) which is made up of every Islamic nation in the world at the head of state and king level.  It is the largest voting block in the United Nations.  The OIC’s stated goal is the implementation of Sharia (Islamic Law) across the world.

ISIS, Al Qaeda, the Muslim Brotherhood, all of the other jihadi organizations, as well as the leaders of the entire Islamic world have the same objective:  the establishment of a Caliphate under Sharia.  Each facet uses a different avenue to the same objective.

A Caliphate under sharia is also the objective of Islam as defined in all Islamic Law (Sharia) which comes from the Quran and the example of the prophet Mohammad.

When the West collectively decides to understand the threat as it truly is, and that Sharia is the blueprint for our enemy as well as what they seek to impose on the world, we will have the clear ability to strategize a war plan for victory.

Leave a Reply to Rebecca Pick