If Muslims Are Honest About Jihad, They Think They’re Winning 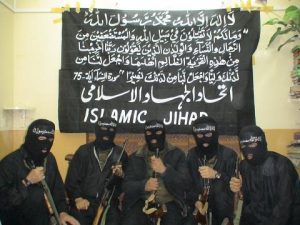 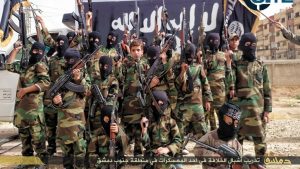 After 9/11/01, Americans were told Islam does not “stand for violence” and that Islam “rejects” violence, despite the fact the 19 hijackers were all muslims stating they killed nearly 3,000 Americans because it is a command from Allah.

Then we heard the “concept of jihad” was a part of Islam, but it is a muslim’s “struggle” to better himself or herself.

President Obama’s Counter-Terrorism advisor John Brennan, who became the Director of Central Intelligence, and – who we now know converted to Islam – then said “Nor do we describe our enemy as ‘jihadists’ or ‘Islamists’ because jihad is a holy struggle, a legitimate tenet of Islam, meaning to purify oneself or one’s community, and there is nothing holy or legitimate or Islamic about murdering innocent men, women and children.”

Mr. Brennan did not mention that Islam “purifies” the community by doing every thing necessary to impose sharia on the entire earth which includes:  giving non-muslims the option to convert to Islam, submit to sharia and pay the non-muslim poll tax (jizya), or be killed; by killing apostates – those who leave Islam; and by doing whatever else needs to be done to ensure the sharia is the law on the entire earth.

A few years ago while at my (John Guandolo) alma mater – the U.S. Naval Academy – I attended a day-long program on Islam which avoided any substantive discussion of the issues related to U.S. national security, sharia, Islam, and other related matters.  However, when asked by a midshipman what the word “jihad” means, I was surprised to hear two Islamic scholars sitting on a panel both immediately reply, “Holy war.”

The lesson for UTT readers today is this:  Muslims are more open and honest about their true intentions, the truth of what sharia commands, and the obligation upon all muslims to wage jihad (only defined in sharia as “warfare”) if they believe the Islamic Movement is close to victory.

In other words, you will know everything you need to know about sharia when Islam has you under it.  So, if members of the Islamic community openly explain their legal rights over you after sharia is imposed, it is a clear warning the muslim community believes it is winning or has won, and are simply waiting for their time to claim victory.

Two days ago I had a lengthy taxi ride with a Libyan muslim who explained Islam to me in great detail. Everything he said was in line with sharia.  He was very open, including his explanation of the time when the Islamic prophet Jesus returns to kill all the Jews and cast all Christians into hell for not converting to Islam.  His honesty was refreshing, I must say.  But it was disturbing as well, because it illuminated his belief that he can speak so openly about these matters.

At the national level, jihadis like Linda Sarsour, Nihad Awad, Mohamed Magid, Salam al Marayati and so many others lie when tough questions are asked in order to deter U.S. leaders from understanding the threat.  However, if you listen carefully to their words and filter them through sharia, they are getting closer to the truth as time goes by.

The more muslims talk about sharia and jihad honestly, the more danger we are in.  The clock is ticking.