Ignoring Former Muslims To Our Detriment 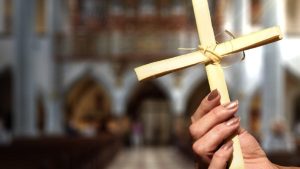 Many men and women have left Islam and courageously speak truthfully about what Islam teaches and the threat it poses to the civilized world.

These are people grew up being taught about the obligation to wage jihad, that taking Jews and Christians for friends is unlawful because it is prohibited by Allah in the Koran, that non-Muslims are the “worst of all creatures” (Koran 98:6), and that the purpose of Islam is to impose sharia (Islamic Law) on the entire world.

We in the non-Muslim world can learn a lot from these people.  Are we hearing them?

As a Special Agent in the FBI (1996-2008), UTT Founder/President John Guandolo worked with muslim assets/informants who did dangerous and difficult work on behalf of our nation and the FBI.  While they did not adhere to sharia, they identified themselves as “muslims.”

Through this work, Mr. Guandolo came to know about an Imam from Uganda who converted to Christianity. The Imam wrote his story in March of 2007, and it included details of growing up in Islam, training to become an Imam, and what Islam teaches.  John Guandolo had this story translated into English and then disseminated it inside the FBI as well as to Christian organizations to support their work in Islamic nations.

A brief summary of the story is below which gives readers an insight into the true intentions of Islam.  It reveals Islam is a totalitarian system which enslaves people who are a part of it.

“My name is Mayanja Yiusf.  I was born into a Muslim family in Uganda…When I came of age, I enrolled for studies in Islam and Arabic which took six years:  three years of Islam and three years of Arabic.  I trained in Uganda and Sudan and I became a prominent Imam and spoke at many mosques in and outside Kampala.  I was a leader of a Muslim Association called Al-Dawahti…I was on the council of Tabliqs and my paternal uncle is the leader of that sect in Uganda.

“I was born and raised a Muslim, but now I have left that life behind…In light of the crisis in the world today, and because of the ongoing strategies to attack Christians at every level, may this also be a warning to all peoples everywhere, that Islam is obtaining dominance and is arming itself for continued war on all things not of Islam.  There is little time left to reach the many innocent Muslims who wish they could escape from the violent slavery of Islam.

“I tell you my story while I am still alive.  You see, as a Muslim who has left the faith, my days may be numbered.  I have lived under the threat of death since I left my father’s household, only until now, they have not succeeded.

“Lest you think that the religion of Islam is promoting the love of God and fellow man, here are just a few of the works that Islam engages in today:

“It is not just the “radical fundamentalists” or jihadis who participate in the terror of today.  Do you not know that it is against the Koran to refuse help to those who are in Jihad?

“There is a strategy called the “New Mosque Movement” which seeks to begin building mosques and schools and clinics all over the world.  Just look around and you can see, in Africa, South America, England, and France, and even in America.  The mosques are the centers of political thought as well as religious practice, but then again, those two are inseparable in Islam.

“Muslim fathers will gladly kill their sons and daughters if they disobey or leave the religion.

“Muslim groups are sending Muslims to Christian places for information.  They spy everywhere, especially where there is freedom of movement…They start non-profits and organizations everywhere, many with the purpose to intimidate Western societies.  In the US, CAIR and organizations like them are funded to push the free countries to accept them and their religion and practices.  They threaten to sue and intimidate if they don’t get their way.

“Wherever they begin to operate in villages, towns, etc they threaten others, especially moderate Muslims, and even other Imams who are not as aggressive as the jihadists…Peace in Islam means that the countries are operating under the rule of Islam, Sharia Law, and with religious leaders in charge.  That is their peace.

“There are no innocent civilians for the jihadist.  All may be killed because they are merely part of the evil societies to be cleansed.

“I am proud to be a Christian now because the Almighty God of the Christians fights for himself.  he doesn’t request or persuade anybody to fight, but instead reconciles people to Himself.  He says that vengeance should be left to him alone.  I hope the reader is able to distinguish between the God of Christians, Jehovah, and Allah…You are hereby invited to think about this:  the Islamic faith does not encourage any believer to reason out who Allah is.  The day you will reason about what you were taught in Islam, will be the day you are released from bondage and you will see the light of Christ.”

UTT believes there is a lot to learn from individuals who leave Islam and speak truthfully about the threat it poses to those inside and outside Islam who do not adhere to the sharia and all of its obligations.

To defeat an enemy we must clearly identify the threat.  The threat the civilized world faces today is not from “violent extremists” or “radical Islam” or any other euphemism we put on the face of it.  The threat, as 100% of the enemy clearly states, comes from Islam which commands its adherents to impose sharia on the earth through all means necessary.

Speaking truth is never wrong.  For the sake of those enslaved by Islam, it is the loving thing to do.