Information Warfare: The #1 Lie – We Must Use Muslims to Lead the Fight Against ISIS

In the “War on Terror” – or whatever it is being called this week – America’s leaders tell us the key to stopping ISIS or “radical Islamic terrorism” is to use the Muslim community here in the U.S. and Arab leaders abroad.  This is dangerous, foolish, and will continue to lead us down the path of defeat. 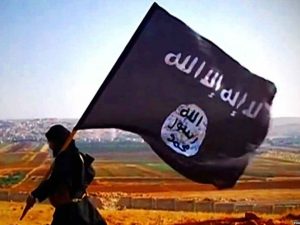 This is the #1 lie we are being told by our leaders and reveals how ignorant and clueless they are about our Islamic foe.

This is also a talking point supplied by the Muslim Brotherhood to our leaders who regurgitate it with willing giddiness.

This is Information Warfare.  It is the center of the strategy for the Global Islamic Movement.

Facts to consider when American leaders publicly declare we “must” use the Islamic community and it’s leaders to be the main focus of effort in defeating ISIS:

1.  Since 9/11 the Muslim community has been no help to intelligence and law enforcement at the strategic level.  Not only has UTT reported this, but FBI officials and British intelligence officials have publicly stated they have received zero real assistance from the Muslim community.  Recently in Europe, leaders of jihadi cells were captured in neighborhoods where Muslims were aware of the presence of the jihadis but never said a word to law enforcement.  In an April 2016 poll, two thirds of British Muslims told pollsters they would not alert law enforcement of “terror plots” if they had prior knowledge.

3.  The strategies and plans of the U.S. government in the “War on Terror” have catastrophically failed because our leaders have still – 15 years after 9/11 – not taken the time to know and understand the threat of the Global Islamic Movement, it’s doctrine (Sharia), nor aggressively pursued the jihadi network here in the U.S. which is made up of the leaders of the most prominent Islamic organizations in America.

4.  Most noteworthy, the vast majority of Islamic leadership in America (and the West) are a part of the Global Islamic Movement supporting and participating in the jihad.

Why would America’s leaders want to use these same enemies to continue to drive our domestic counter-terrorism efforts and our foreign policy as it relates to Islamic nations?

Because it is sure to lead to our defeat – exactly the outcome our enemies want.