Two weeks ago the Parliament of the World’s Religions held its annual conference at the Salt Lake City Convention Center boasting “10,000 People. 80 Nations. 50 Faiths.”  Representing Islam were the Muslim Brotherhood and Saudi Arabia.  That alone tells a story, but the presence of Marxists/Alinskyists and Muslim Brotherhood organizations funded primarily by Saudi Arabia driving the “Interfaith Outreach” efforts in America is a stark reminder that well-intentioned people are being duped by those with a dark agenda using the guise of “togetherness” and “tolerance” to achieve nefarious ends.

The key speakers representing Islam at the Parliament of the World’s Religions were Sheikh Salah Abdullah bin Humaid, Chief Justice and Imam of the Grand Mosque in Mecca, Saudi Arabia, and Tariq Ramadan, the grandson of Hassan al Banna, the founder of the Muslim Brotherhood.

Abdullah bin Humaid was also the head of the Fiqh Assembly of the Muslim Brotherhood’s World Muslim League in Saudi Arabia.

Saudi Arabia’s official legal system is the Sharia (Islamic Law) including the Hudud punishments – stoning for adultery, beheading for those who apostacize from Islam, cutting off hands of thieves – which directly contradicts all Western understanding of human rights.  Those Hudud punishments come directly from the Allah in the Quran.

Also featured as a speaker at the Parliament’s event was Saudi lap-dog and apologist for Islam and the Muslim Brotherhood, John L. Esposito of Georgetown University’s Prince Alwaleed bin Talal Center for Muslim-Christian Understanding.  Bin Talal is one of the wealthiest Saudi princes in the world and funds the global jihad to the tune of millions of dollars annually.

Funny, I thought Georgetown was a Catholic University. 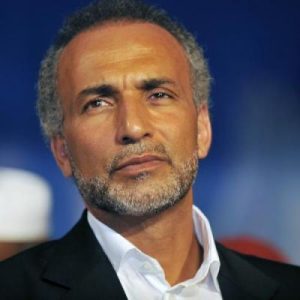 Tariq Ramadan, International face of the Muslim Brotherhood and grandson of the MB founder

Tariq Ramadan continues to travel the world with a smile on his face fooling Western leaders, especially religious leaders, who view him as a nice man with a peaceful message.  Yet, as one of the leading faces for the International Muslim Brotherhood, he supports Civilization Jihad to overthrow un-Islamic governments and replace them with Sharia because that is the Muslim Brotherhood’s stated goal.

The Islamic Society of North America (ISNA), the Islamic Circle of North America (ICNA), the Council on American Islamic Relations (CAIR) and affiliates of these organizations are the key drivers of the U.S. Interfaith movement. ICNA is a part of the Muslim Brotherhood’s U.S. efforts; ISNA is a Hamas support entity; and CAIR is a Hamas organization according to evidence in the largest terrorism financing and Hamas trial ever successfully prosecuted in U.S. history (US v HLF, Dallas 2008).

“Left-wing religious” organizations like the Virginians Organized for Interfaith Community Engagement (VOICE) are directly partnered with the Saul Alinsky organization the Industrial Areas Foundation (IAF). The VOICE website is directly tied to IAF – www.voice-iaf.org.  VOICE dutifully follows the guidance provided by the Muslim Brotherhood Islamic Centers with which they work. 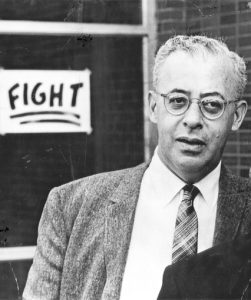 Saul Alinsky was a Marxist revolutionary whose book Rules for Radicals details how to penetrate and overthrow societies.  It was dedicated to Lucifer.  [note:  President Obama studied Alinsky’s lessons and became a “community organizer” – a term coined directly from Rules for Radicals].

Why is it so difficult for Christian leaders to understand Islam?

The vehicle to accomplish this is called “Jihad.”

In Islam, Mohammed is considered the “insan al kamil” or “the perfect man.” Mohammed himself said, “I have been commanded to fight the people until they testify that there is no god but Allah and that Muhammad is the Messenger of Allah, and perform the prayer, and pay zakat (agreed upon by Al-Bukhari and Muslim on the authority of Ibn `Umar).” Then Mohammed waged war against non-Muslims.

When Christians conduct “outreach” to Muslim communities, they must know the ground truth about what they are getting into, especially when they send others in to do this kind of work.

Should Saudi Arabia, the Muslim Brotherhood, and Marxist Revolutionaries drive American “Interfaith Outreach?”  Whether they should or shouldn’t is not truly the point.  Currently, they are.

In his seminal work, Strength to Love, the Reverend Martin Luther King, Jr. admonished Christians to be tough minded and discerning in their approach to evil. “This prevalent tendency toward soft mindedness is found in man’s unbelievable gullibility…Soft mindedness often invades religion…Soft-minded persons have revised the Beatitudes to read, ‘Blessed are the pure in ignorance: for they shall see God.'”

It is time for the flock to demand their pastors speak the truth about Islam, no matter the cost.