Is CNN Guilty of Material Support of Terrorism?

Could a reporter and/or media organization which intentionally provides a terrorist or terrorist organization air time to promote the terrorist’s agenda be charged as in violation of Title 18 of U.S. Code, Section 2339A, Material Support to Terrorists?

Mainstream media attacking those who speak truth about the threat of Islam in the United States is not new, nor is the media’s support for the terrorist group Hamas doing business as the Council on American Islamic Relations (CAIR).  However, when the media runs lengthy propaganda pieces for Hamas, regurgitating their talking points, while at the same time attacking officials who are sworn to defend U.S. citizens, do these actions constitute providing our enemies with material support in their war against the United States? 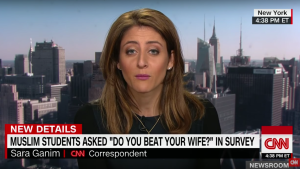 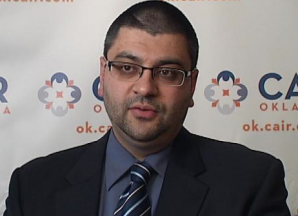 At no point did Ms. Ganim identify CAIR as a “member of the U.S. Muslim Brotherhood’s Palestine Committee” which is Hamas in the United States, as the U.S. Department of Justice has per the evidence in the largest terrorism financing and Hamas trial ever successfully prosecuted in American history (US v Holy Land Foundation for Relief and Development (HLF), Dallas 2008).  Nor did Ms. Ganim or CNN reveal that numerous CAIR leaders have been convicted of terrorism charges and incarcerated or deported.

Neither Ms. Ganim nor CNN revealed Hamas is an inherent part of the Muslim Brotherhood whose stated objective is to wage “civilization jihad” to overthrow our government through all means necessary including violence until sharia becomes the law of the land.

When CNN quoted Representative John Bennett’s questions he posed to Muslims at his office, it is evident neither Ms. Ganim nor CNN did any research – the point of Mr. Bennett’s exercise – to determine the truth of the matters regarding Islamic doctrine – sharia.  Ms. Ganim and CNN dutifully gave Hamas, a designated terrorist organization and its leader in Oklahoma, Adam Soltani, air time on national television, thus providing propaganda for terrorists while slandering an American hero and elected member of the Oklahoma state house. 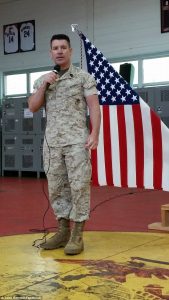 It should be noted CNN also did not mention Representative John Bennett is a Marine and combat veteran who serves his nation honorably.

Mr. Bennett speaks about this incident in a radio interview which can be heard HERE.

The Oklahoma media, for the most part, jumps on the bandwagon on these matters. 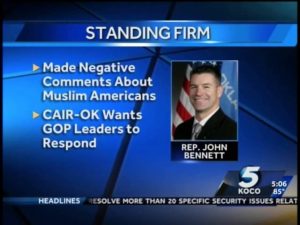 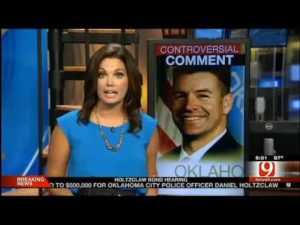 Last week, when UTT traveled to Louisiana to train law enforcement officers and first responders, numerous media outlets, including the Associated Press, defended Hamas (dba CAIR) and tried to diminish the work of UTT with ad hominem attacks without ever discussing the facts of the matter.

Several of the media outlets were forced to retract their articles and amend them because they were slanderous and defamatory towards UTT and it’s founder John Guandolo.  However, the media continues to identify Hamas (dba CAIR) as a “Muslim advocacy group” or a “Muslim civil rights organization.”

In fact, CAIR is neither.  CAIR is a terrorist organization because it is a Hamas organization.  Are we to believe that 15 years after 9/11 all the reporters, producers, editors, and others with CNN, the Associated Press, and many other mainstream media organizations are simple so stupid they cannot review evidence and facts that clearly identifies CAIR as a Hamas entity?

Are these media organizations providing material support to Hamas (CAIR) because they ideologically agree with them?

In either case, there appears to be direct support for terrorists by these media organizations and their reporters, and UTT is hopeful the Department of Justice will respond accordingly.