Jihadi Kills 4 Marines in TN – FBI “Not Sure” of Motive

It is clear to all who have functioning cerebral cortexes what the problem is.  Jihadis are on the march.  Law enforcement and military personnel are being openly targeted.  They say it is a command from Allah to wage jihad in order to establish an Islamic State (Caliphate) under Sharia (Islamic Law). 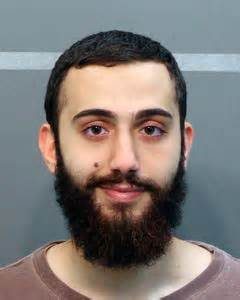 Abdulazeez had a blog page on which he wrote:  “Don’t let the society we live in deviate you from the task at hand.  Take your study guide, the Quran and the Sunnah, with strength and faith, and be firm as you live your short live in this prison called Dunya.  Because Islam is a comprehensive religion we need to know everything from its message.  The more comprehensive our knowledge of it is, the better our understanding of it will be and what goes on around us.”

We see the playbook open again.

1. The jihadi makes clear why he is doing what he is doing.  It’s Islamic jihad stupid.

2. The news tells us they cannot understand why he would do this because he is a recent college graduate with a “well-paying job” as an electrical engineer.

3. The FBI and DHS tell us they have not found any “direct ties to terrorist organizations like ISIS.”

4. The FBI/DHS and the media tell us Abdulazeez is a “classic lone wolf.”

6. Hamas, doing business as “CAIR” tells us they condemn this attack and the media dutifully regurgitate the Hamas talking points.

7. The President asks for prayers for the family, but doesn’t follow it up with going after the root of the problem, and continues to openly support the Muslim Brotherhood/Hamas.

8. The problem – the massive Islamic network in the U.S. supporting, financing, training, recruiting, and teaching jihad and the destruction of anything but nations under sharia – is left untouched.

9. No one mentions that core Islamic doctrine mandates jihad until the world is under Islamic rule (even though it is taught to first grade Islamic students across the globe).

10. US Attorney Bill Killian in Tennessee, who has a long history of snuggling up to Hamas and MB organizations while condemning those who speak truth about this threat, won’t be questioned, indicted, or in anyway made to answer for his role in failing to go after the jihadis in his area under his watch.  (Same guy who condemned UTT training and then the week after we left TN had a joint FBI/DHS training program with the local MB organizations). 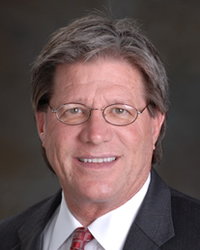 11. America is still in grave danger from the Islamic Movement here.  No change (but expect more sensitivity training so we don’t offend the Muslims by reporting this “incident”).