The right to keep and bear arms is a right that “existed prior to the formation of the new government under the Constitution.”

[U.S. Court of Appeals for the District of Columbia, US v Heller]

The Second Amendment does not GIVE us the right to bear arms, it PROTECTS it. 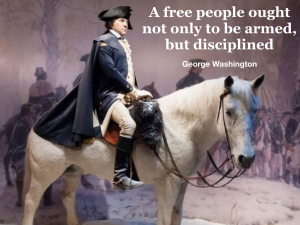 Marxists and Jihadis know the inalienable rights to self-defense and free expression are bedrocks of free Western societies, and that is why they attack it with such fervor.

Using the Islamic Law of Slander under the mask of “Islamophobia” jihadis have persuaded many Western leaders to shut down all expression which offends muslims.

This is, as the U.S. Muslim Brotherhood calls it, Civilization Jihad by OUR hands.

Now, Islamic leaders (aka “Jihadis”) are working with the help of their Marxist friends to disarm free people while arming themselves.

Case in point:  the jihadi Mayor of London, Sadiq Khan, is forcing Britons to surrender  even kitchen knives using the lie that he seeks to “protect” the community.  Meanwhile, stabbings in London continue to skyrocket because they are being perpetrated by muslims who are not surrendering their weapons, not even their kitchen knives. 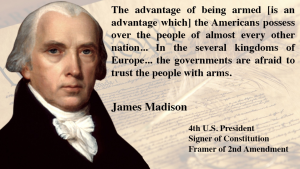 Here in the United States, sources inside the muslim community tell UTT Muslim Brotherhood mosques and organizations are encouraging muslims to purchase firearms and join the NRA, while at the same time the jihadis’ Marxist collaborators are pushing to disarm Americans.

Using their seditious Marxists allies in the media, every domestic left-wing and jihadi attack – including those in Alexandria (VA), Las Vegas (NV) or Orlando (FL) – is used to demonize weapons and create momentum for anti-gun legislation, instead of highlighting the Marxists and jihadis actually doing the killing.

In short, our enemies, be they Marxists or jihadis, work diligently to destroy the inalienable liberties of Patriotic Americans, with no intention of doing so within their own communities.