Just When You Thought It Couldn’t Get Any Worse

If this were a movie, no one would watch it because it would be so utterly unbelievable.

GULFTAINER is owned by the Emir of Sharjah in the UAE and Hamid Jafar.  Hamid Jafar is the brother of Dr. Jafar Dhia Jafar, and the two work together on many joint ventures.

The UAE was a significant funding source for the 9/11 attacks on the United States, and continues to support the global jihad. 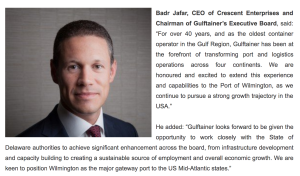 In 2010, Gulftainer and the Jafars entered into a joint venture with Rostec, owner of Rosoboronexport, the Russian state-owned exporter of the Club-K, which is built to look like a cargo container but is actually a launch platform for cruise missiles. 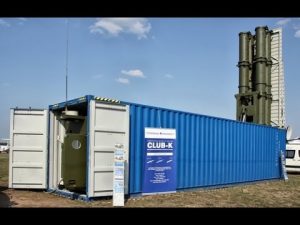 In 2014 in a secret deal, the U.S. awarded GULFTAINER a 35-year lease to operate Port Canaveral (Florida), a key port for submarine and space operations.

How did such an insane proposal get approved by the U.S. government?

Such transactions must be approved by the U.S. Treasury Department’s Committee on Foreign Investment in the United States (CFIUS).

The Staff Chairman of CFIUS from 2009-2014 overseeing these matters was senior Muslim Brotherhood leader Aimen Nabi Mir, who served two terms as the President of the Muslim Youth of North America (MYNA), the student wing of the Islamic Society of North America (ISNA).

In the largest terrorism financing trial ever successfully prosecuted in American history – US v Holy Land Foundation for Relief and Development, Northern District of Texas, 2008 – ISNA is identified as a member of the U.S. Muslim Brotherhood which directly funded Hamas leaders and organizations overseas.

Hamas is a designated Foreign Terrorist Organization by the United States.

On April 6, 2018, Delaware’s state-owned Diamond State Port Corporation unanimously approved a deal under which GULFTAINER will receive a $580 million 50-year lease to the Port of Wilmington (Delaware).

There is more to this story to include direct business deals between the Jafar family and the Clintons, the Iranian government, Uranium One and more.

A foreign company whose leading agent is the man who developed and ran Iraq’s nuclear/biological/chemical weapons program is partnered with a Russian weapons company producing cruise missile launch systems disguised as cargo containers.  That company, GULFTAINER, now owns one strategic U.S. port and is likely to gain another in the near future.

U.S. officials should hang for this.

Thanks to Mary Fanning and Alan Jones for their dedicated research and tenacious effort to bring this story to the public.  See more of their work HERE.