The ongoing assault on Justice Brett Kavanaugh highlights a concerted and dangerous intentional effort by the Marxist and Islamic counter-states operating inside the U.S. like dueling cancers to destroy us from within. 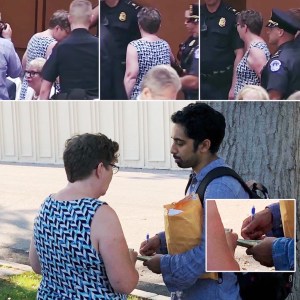 Protester from Kavanaugh Hearing being paid off by her Marxist handler 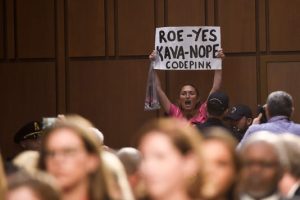 This war is primarily being waged in the information realm and the enemy’s tools include propaganda, subversion, influence operations, political warfare, and similar lines of operation to intentionally undermine the Republic and bring it down from the inside.

This means those people engaged in this cannot be considered “nice” people with “differing opinions.”  They are hostile to our legal and political systems and are waging a systematic assault on our founding principles and our way of life.

Working in tandem, the Marxist and Islamic counter-states oppose everything that provides a foundation and protection for the United States.

It is the Marxists, led by the leadership of the Democrat party, who opposed President Trump in his desire to shut down immigration from nations hostile to America.  Collaborating with their terrorist/jihadi allies from the Muslim Brotherhood’s Muslim Association of Hawaii and a federal judge, Democrats (Marxists) thwarted the President of the United States in this efforts to protect the American people.

Have you wondered by President Trump’s effort to designate the Muslim Brotherhood a Foreign Terrorist Organization has failed thus far?

The leadership of the International Muslim Brotherhood’s admitted in February 2017 to a coordinated information operation directed against the U.S. Congress and the American people assisted by Hillary Clinton and the Clinton Foundation’s Director in Egypt, Gehad El-Haddad.

El-Haddad was the Egyptian Director for the Clinton Foundation from August 2007 through August 2012. 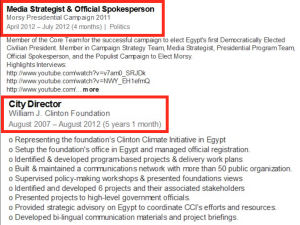 You cannot make this stuff up.

Just like the “nuclear freeze protests” of the 1980’s – which were funded by the KGB and their communist surrogates all over the world – the events unfolding today are being coordinated and intentionally executed by individuals and organizations hostile to the United States with the purpose of bringing America down.

This means these individuals and organizations are waging war against the United States and, therefore, should be not be considered “political opponents” but hostile entities in a war for the survival of the Republic.