In the wake of the jihadi attacks last week in France, Kuwait, and Tunisia, the reality of the Islamic threat is as clear as it could possibly be, yet our enemies continue to use the same tactics and the leadership in the West regurgitates the obvious lies fed to them.  Western leaders continue to delude themselves and their nations about the darkness sweeping over the planet leaving bodies, human decency, liberty, and reasonable thought in its wake.

After the two jihadis were killed a few weeks ago in Garland, Texas, the leader of the Muslim Brotherhood/Hamas organization where they were trained/radicalized – the Islamic Community Center of Phoenix – claimed neither the two shooters, nor the man who trained them were bad guys when he knew them.  The Phoenix media gave them all a pass, as have many of the religious leaders in Arizona.  The Boston Marathon bombers and the man FBI agents shot to death in Boston a few weeks ago, as well as quite a number of other jihadis (“terrorists” if you wish) have all been trained and supported by the ISB (Islamic Society of Boston) which was  founded by Al Qaeda financier Alamoudi, and is an MB/Hamas organization.  Yet, the FBI is still outreaching to the ISB for “help.”  The leaders of the ISB claim they reject violence, and media, government, and law enforcement officials believe them because they said it.

The mother of the jihadi in Grenoble, France said on French radio, “My sister-in-law said ‘put on the TV’. And then she began to cry. My heart stopped…We have a normal family life. He goes to work, he comes back. We are normal Muslims.  We do Ramadan. We have three children and a normal family. Who do I call who can give me more information because I don’t understand.”

Any police officer with more than ten minutes of experience can watch any of these folks on TV and tell you they are lying.  Where is the hungry media asking the tough questions?  Where are the law enforcement organizations turning these places inside and out using facts already in evidence to get search and arrest warrants?  Where are national leaders in Europe, Canada, and the United States calling for the boot to once again come down on the Islamic Movement before its power becomes so great, we will lose nations and millions of people fighting it? 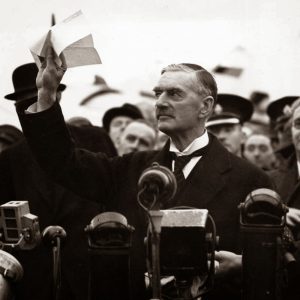 David Cameron, the leader of the United Kingdom, in response to the killing of dozens of Britons in Tunisia said the UK and others must do all they can to combat the threat.  This “means dealing with the threat, at source, whether that is ISIL in Syria and Iraq or whether it is other extremist groups around the world.  And we also have to deal, perhaps more important than anything, is with this poisonous radical narrative that is turning so many young minds, and we have to combat it with everything we have.  The people who do these things, they sometimes claim they do it in the name of Islam.  They don’t.  Islam is a religion of peace.  They do it in the name of a twisted and perverted ideology that we have to confront with everything we have.”

Where is that peaceful “other” version of Islam taught Mr. Cameron?  Not in any of the Islamic schools in the UK.  They teach jihad is a permanent command on the Muslim world until Sharia is the law of the land.  How do you combat this Mr. Cameron?  I propose Britain begin with electing leaders who speak the truth.

It appears there is no amount of reason, evidence, facts or world events that is going to break Mr. Cameron from the narrative handed to him by the Muslim Brotherhood and other jihadis in the UK, like the Muslim Council of Britain and the Muslim Association of Britain.  Mr. Cameron appears to be fully surrendered to the bidding of the enemies of the West and, like Neville Chamberlain, is willing to bring Britain to the brink of destruction without even a whisper of courage to do otherwise.

The problem is there does not appear to be a Winston Churchill anywhere in England.

Is there a Charles Martel, Jan Sobieski, or Winston Churchill anywhere in the West?