Losing the War at the Local Level

The war in which we are engaged, and not engaged, against the jihadis here in the United States is a very different kind of war than most Americans are accustomed.  In this war, battles are lost at local town councils, in the media and school classrooms, and, sometimes, in state legislatures.

So it is with this week’s story out of Florida regarding Andy’s Law, named after Private Andy Long who was killed by a jihadi named Abdulhakim Mujahid Muhammad at an Army Recruiting office in Little Rock, Arkansas in 2009. 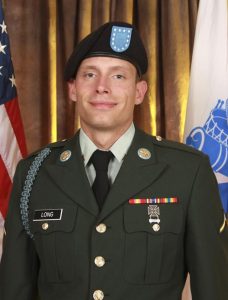 As Christopher Holton, who works with state legislatures across the nation on these matters writes:

It is needed on the state level because our bureaucratized counterterrorism apparatus on the federal level is routinely reluctant to bring terrorism charges in cases that are clearly terrorism. The law also creates a civil cause of action empowering victims of terrorism to sue in state court those who provide material support and aid those who commit acts of terrorism. Andy’s Law has already passed into law in Louisiana, Arkansas, Kansas, North Carolina and Tennessee.”

Andy’s Law passed three committees in the Florida Senate, two subcommittees of the House, and a full committee of the House without a single opposing vote.  It then passed the full Senate 35-0.

Crusafulli is a Republican.  UTT encourages its readers to remember, this is a national security issue not a political one, and Republicans by and large are as poorly informed on the Islamic threat as their Democrat colleagues.

Andy’s Law is a strong law that all 50 states should enact in light of the weak federal government response to the jihadi threat in the United States.  Citizens can not trust their state leaders to do the right thing.  We the People are the government and we need to ensure our representatives do what needs to be done to aggressively pursue this enemy.

If we are to honor good men like U.S. Army Private William “Andy” Long, we need to legislate laws like “Andy’s Law” that do just that. 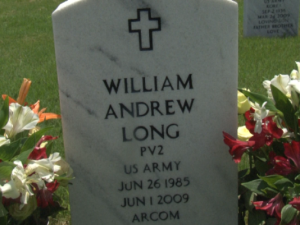 Leave a Reply to jaque