When hotels in Green Bay and Milwaukee cancelled Worldview Weekend events – which included Understanding the Threat’s President John Guandolo – the entire war for liberty and the soul of our Republic was on full display in America’s heartland.

The Southern Poverty Law Center (SPLC), a corrupt Marxist organization working daily with Hamas in the United States doing business as the Council on American Islamic Relations (CAIR), sent the message out.

That message was dutifully received by the SPLC’s terrorists at Antifa who then launched a campaign to intimidate and threaten venues hosting Worldview Weekend’s events. 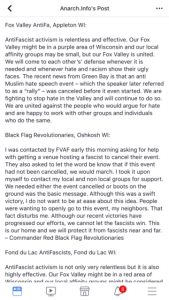 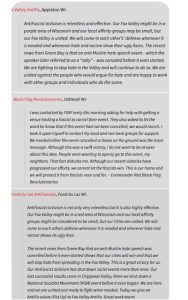 Understanding the Threat published a video on our YouTube channel detailing key events of the tour’s cancellation.  That video can be seen HERE.

Worldview Weekend’s Brannon Howse published a video interview with Chris Gaubatz about the events and the tour cancellation which can be seen HERE.

Several Marxists and a few sharia-adherent muslims attended the event in Des Moines, including Iowa State Representative Ako Abdul-Samad, a sharia-adherent muslim (jihadi) and the Chairman of the jihadi organization American Muslim Alliance, and Abshir Omar, a candidate for Des Moines City Council who previously served as the Director for Hamas in Iowa doing business as the Council on American Islamic Relations (CAIR). 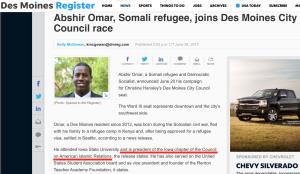 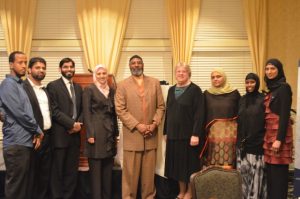 The WHO TV piece on the event as well as the raw interview of Abdul-Samad can be seen HERE. 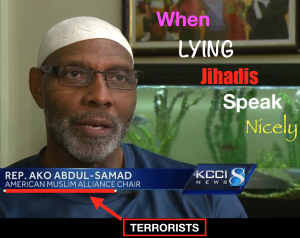 After John Guandolo spoke, Abshir Omar approached him and the two men had a lengthy discussion which Omar describes as “cordial.”  In the discussion, Mr. Guandolo was able to get Abshir Omar to admit that all of Islam requires apostates (those who leave Islam) and homosexuals to be killed.

Omar is a Somali muslim refugee and a member of the Democratic Socialists of America who was supported by CAIR in his unsuccessful 2016 bid for Des Moines City Council. 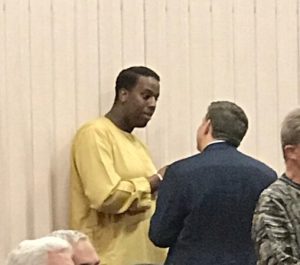 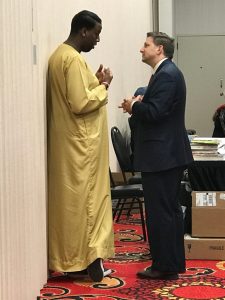 Today, UTT published a new video with John Guandolo rebutting untrue/defamatory comments by Iowa Representative Abdul-Samad, and discussing the command in Islam for muslims to lie to non-muslims and speak pleasantly and in a “refined manner” to them while doing it.

Understanding the Threat asks our dedicated followers to do 4 things:

Join us as we take the fight to the enemy and put FREEDOM back on the offensive where it belongs.