Chris Harper-Mercer, 26, killed ten (10) people and wounded at least seven (7) on the campus of Umpqua Community College in Roseburg, Oregon, before being shot dead by police.

Under “Connections” Harper-Mercer lists two people, one of whom is Mahmoud Ali Ehsani.

Ehsani’s page includes photos of mosques in Brunei and Mecca, as well as jihadis from all over the planet. 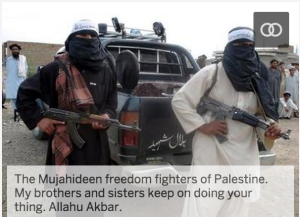 Additionally, Ehsani has a photo with his comments that include “kill the jews. jews are the only infidels.” 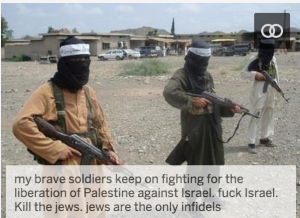 It was reported that Harper-Mercer demanded to know his victims’ religion before killing them, specifically asking if they were Christians.

While there are reports Chris Harper-Mercer’s online dating profile identifies him as a “Republican” of mixed race, the evidence available as of today reveals he is sympathetic to terrorists and jihadis.

President Obama’s response was to again call for a greater reduction of our liberties and make it harder for Americans to obtain firearms.

The President’s coddling of terrorists and the single-most dangerous terrorist nation on the planet (Iran), his assault on Christians in this country, his support for anti-Constitution progressives and Marxists, his back-room dealings with the Russians, Cubans and others, his example of tossing the rule of law out the window, his assault on law enforcement officers, and his continuous abuse of power are more likely the fertilizers which bred this attack.

Across America, a state of lawlessness is exploding around us, nurtured and bred in the White House and the Attorney General’s office.  And Americans remains frozen and unable to act.