The man who killed 8 people and wounded approximately 12 in New York City 2 days ago is a muslim.  He is a jihadi who yelled “Allah u akbar” – a requirement under sharia. 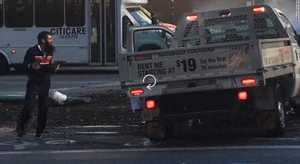 From all of the muslims (Iranians) who stormed the U.S. Embassy in Tehran in 1979 to the 1983 bombing of the Marine Barracks in Beirut, Lebanon (Iranians) to the 1998 bombing of the U.S. Embassies in Africa, to the attack on the USS Cole to the 9/11 attacks in New York, Arlington, and Shanksville to Fremont to Seattle to Fort Hood to Chapel Hill to Boston to Little Rock to San Bernardino to Ft Lauderdale to Orlando…

The perpetrators of all these attacks – and many more in the United States – tell us they are muslims waging jihad in the cause of Allah in order to establish an Islamic State under sharia (Islamic Law).

We know this because when it comes to the non-muslim world, there is 100% agreement in sharia.  So much so that what is taught to muslim children in Europe, Asia, Africa, the Middle East, and the United States is identical to the “version” of Islam taught by Al Qaeda and the Islamic State.  It is also the same “version” of Islam authoritatively taught by Al Azhar, the highest authority for Islamic jurisprudence.

What Islam is All About is the most widely used text book about Islam in U.S. Islamic Schools, and is also widely used at mosques and Islamic organizations for Adult Islamic education across America.

The following are direct quotes from What Islam is All About:

“The Shari’ah is the ideal path for us to follow.  We learn what the Shari’ah contains from two primary sources.  Do you remember what they are?  They are the Qur’an and the Sunnah.” (p 354)

“The path we follow, the Shari’ah, contains the commandments of Allah and His Messenger.” (p 356)

“To begin with, the law of the land is the Shari’ah of Allah.  The leader or Khalifa of the Islamic nation implements the Shari’ah in society and the people try to follow it as best they can in order to save their souls in the hereafter.” (p 376)

“The way of life known as Islam is a complete code of life…There is no separation of Masjid (mosque) and state for the object of the Islamic state is the establishment of the Deen of Allah (sharia)…The basis of the legal and political system is the Shari’ah of Allah.” (p 381) 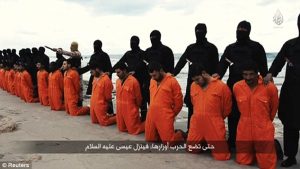 “The word jihad is most often associated with the act of physically confronting evil and wrongdoing (photo of a tank)…If anyone dies in a Jihad they automatically will go to Paradise.” (p 164)

“The duty of the Muslim citizens is to be loyal to the Islamic State.” (p 382)

It is a requirement in Islam for jihad (war against non-muslims) to be waged until sharia is the law of the land.

The New York attack was done by a muslim obeying the command from Allah and following the example of Islam’s prophet Mohammad.

The motive for the 9/11 attacks and every other jihadi attack against free peoples across the earth is Islam – the command to wage jihad until the earth is submitted to Islamic Law (sharia).