Officials Reveal America’s National Security is “Controlled” by the Jihadists

Two former U.S. government officials made explosive revelations on national radio this past Friday including the charge the U.S. government is a “tool” for the jihadi movement here, and that the driving force behind America’s domestic counter-terrorism strategies and our foreign policy is the Muslim Brotherhood (MB). 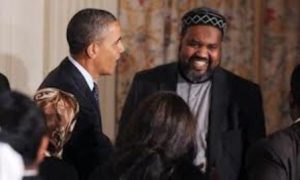 The exchange took place on the Sean Hannity radio program between the host, Philip Haney (former DHS law enforcement officer with Customs and Border Protection) and Richard Higgins (a former leader inside the Department of Defense who managed programs at the Combating Terrorism and Technical Support Office (CTTSO) and Irregular Warfare Section).

Both Mr. Haney and Mr. Higgins revealed there is a massive Muslim Brotherhood movement in the United States, and made clear the MB’s influence is so significant they control how the issue of terrorism is discussed and how it is handled at the national security level. 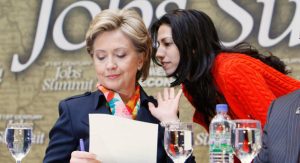 Hillary Clinton and closest aide Huma Abedin, who is an operative for the MB Movement

When asked about language being scrubbed from the U.S. government Mr. Higgins responded by saying, “What (leaders in the US government) are actually scrubbing is any references to the Islamic doctrine that would allow us to define who is or who is not actually one of our enemies.”

He went on to say, “When you look at the deliberate decision-making process of the United States government as it relates to radical Islam, that deliberate decision-making process is controlled by the Muslim Brotherhood.  And the way they control it is by prohibiting US national security personnel from ever developing an understanding to the level where Phil (Haney) had it.” 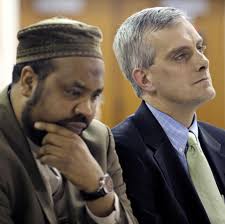 More precisely Mr. Higgins said, “To bring it back to the point earlier about the United States being put to work fulfilling the objectives of the Brotherhood:  the Brotherhood was killed en masse by Saddam Hussein – we removed him.  Qaddafi killed the Muslim Brotherhood – we removed him. We asked Mubarak to go. We are their instrument because they control our deliberate decision-making process.”

UTT has written about the willful surrender to our enemies by American leaders here, here, and here. 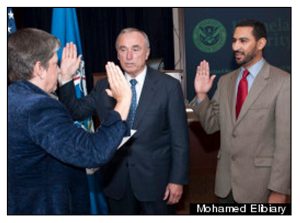 With regard to the Marxist/Socialist collaboration with the Muslim Brotherhood – as UTT has detailed via the Black Lives Matter/Hamas relationship – Mr. Higgins warned, “Every time one of these attacks happens in the United States, you see the Left in unison with the Muslim Brotherhood immediately respond with direct attacks on the First and Second Amendments.  That is not by accident, and we are going to continue to see that.”

Philip Haney’s story is devastating to hear because he publicly states he was ordered by DHS supervisors to remove the names of terrorists and terrorist organizations from DHS databases which he inputted through the course of investigations he was conducting.

This is a violation of the law.  The names removed included several known Muslim Brotherhood organizations in the U.S.

His story can be found here or here, and his powerful new book See Something, Say Nothing is now available.

It’s all about sharia.

Both Mr. Higgins and Mr. Haney made it clear the jihadi threat to America must be addressed immediately or we will suffer significant consequences for our inaction and for allowing our leaders to surrender their duties to our enemies.

Philip Haney said it best when he articulated, “This is the first and foremost obligation of the U.S. government:  to protect it’s citizens from a threat, both foreign and domestic.  And I can also tell you that if we don’t address it voluntarily with courage and conviction now, we’re going to be addressing it involuntarily, and we are going to be at a much greater disadvantage than we already are right now.”

The full audio for the show can be found HERE and the discussion with Mr. Haney and Mr. Higgins begins at approximately minute 14.