Orlando Attack Is Nothing Compared to What Is Coming 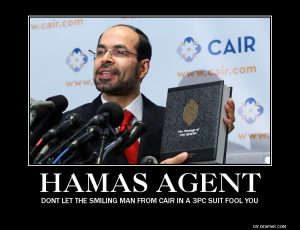 A jihadi named Omar Mateen armed with a rifle, a handgun and possibly explosives – who has been identified as an “ISIS soldier” – killed 50 or more Americans on Sunday morning at a night club in Orlando, Florida.  The largest single loss of life in such an incident in American history.

Thank God for the courageous men of the SWAT team or the loss of life would surely have been even more severe.

The response from law enforcement, the media, both political parties, and Americans in general, reveals America is still critically clueless.

America saw the same boilerplate responses we have come to expect from an incompetent federal government, media, and leaders at all levels of our society.

The jihadi’s father claims his son’s attack had nothing to do with Islam despite the fact Islam’s prophet Mohammad himself said, “Kill the one who sodomizes and the one who lets it be done to him.”

The President of the United States blames the weapons instead of the Muslim using them.

Hamas doing business as CAIR is still walking free in America blathering on about their shock at this incident despite the fact they themselves are terrorists.

Facebook removed Pamela Geller’s “Stop Islamization” page on the day of the Orlando shooting because it offends Muslims.

Christian leaders call for calm so as not to confuse Islam with the terrorists instead of teaching their flock the jihadis around the globe are doing what the Koran teaches and following the example of their prophet.

Many Americans will, for a brief moment, be shocked.  Then they will change their Facebook profile to show solidarity with the victims and the people in Orlando.  By Wednesday, they will go back to worrying about what’s happening with the Kardashians or who is doing what on The Voice.

However, the disconnect from reality by so many reveals America’s grave vulnerability to the much greater threat that is just over the horizon.

As has been articulated by UTT for the last several years, the Global Islamic Movement is on the march and they are still not even focused on the West.  We continue to be witnesses to Individual Jihadis working on their own (answering the broad call to jihad) or with support of Islamic groups like ISIS, Al Qaeda, Hamas or others. 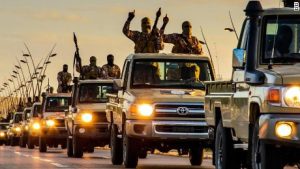 Coming to an American Town Near You

These are the same jihadi organizations which are publicly lauded and supported by the President, his national security staff, the Attorney General of the United States and the previous Attorney General, the Secretaries of State, Homeland Security, and so many others in the federal government.

The way is paved for the jihadi organizations by socialist and marxist collaborators who work daily to push law enforcement back on their heels, embolden our enemies while publicly shaming Patriots, insinuating their anti-American ideology at every level of society, and working diligently to destroy liberty and enslave this nation with socialism or some other perverted form of governmental rule.

These enemy collaborators include:  the hundreds of Soros-funded organizations, including the Center for American Progress, EMILY’s List, Gamaliel Foundation, Immigration Advocates Network, J Street, Media Matters, National Council of La Raza, People for the American Way, Project Vote, and the Tides Foundation; the Southern Poverty Law Center; Black Lives Matter; Code Pink; and so many others. 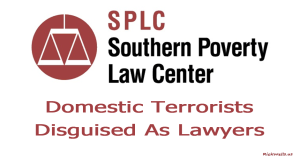 This socialist/marxist network works to:  limit free speech; erode Americans’ right to keep and bear arms; erode the respect of law enforcement and the rule of law; prevent a defense of our borders; diminish our national security apparatus including our military; and – most importantly – insinuate socialists/marxists deep into our bureaucracy so as to destroy our Constitutional Republic from within.

These socialist/marxist groups openly support the Islamic Movement against our nation.

Everything we are witnessing now is a preparation of the battlefield by our enemy and their collaborators.

When the larger attacks come, they will likely be precipitated by one or more severe events such as an attack on the power grid or a financial/cyber attack bringing down our communications or financial markets. Simultaneously, imagine multiple riots similar to the events in Baltimore, Maryland, where uncontrolled thugs burn, loot, shoot, and destroy American towns.  Now overlay onto that a dozen jihadis, such as what we witnessed in Orlando on Sunday.  Add to that a few attacks on Elementary schools by a half-dozen jihadis, suicide bombers on public transportation, and teams of a dozen jihadis in a handful of American cities.

Is your local police department ready for that?

These are real possibilities, and this will happen if we continue on the course we are on.

The solution must come from the local and state level.  Local citizens putting positive pressure on local elected officials to allow local police to aggressively identify and dismantle the jihadi organizations (CAIR, MAS, MSA, ICNA, MPAC, Islamic Centers, Islamic Societies, etc) in their areas.  If strong Sheriff’s get to work on this, they can work directly with the citizens if local elected officials are too passive to take action.

Bold pastors are needed in this fight, as they were during the time before the American Revolution, to speak truth and give guidance to their flocks on the coming battle.

The time is now.  Once the major attacks begin, the time for “brain-storming a solution” will be over.

Leave a Reply to Stephen Monette