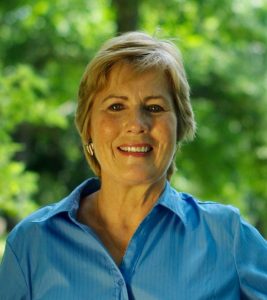 Peggy Mast is the Director of Outreach for Understanding the Threat. She began her political career in 1996 when she was elected to the Kansas House of Representatives. She was soon serving on the Judiciary Committee and began authoring bills on Identity Theft and Protection of Life, and strengthening laws against methamphetamine, K2, and other drugs.

When a Somalian population moved into her district, she began asking questions why they did not assimilate, and why they were demanding extra privileges at the beef packing plant at which they were employed. She found they showed disrespect for women in public without any penalty and some were selling a drug called quat on the street corners in their community.

Then Peggy met another woman with the same concern and soon met John Guandolo and his partner who were willing to come into her state and teach others about the threat.

After training on the threat, Peggy authored several bills in the Kansas legislature, and got them passed through the legislative process. She passed legislation making female genital mutilation (FGM) illegal, an anti-terrorism bill, and a bill which protected her state against foreign law being used in the court system. She stood boldly in support of Israel and against the influence of Fetullah Gulen and the nation of Turkey which is influencing legislators as well as other leaders while attempting to bring taxpayer funded Islamic charter schools into Kansas and across America.

Peggy received numerous “National Security Eagle” awards from ACT for America, as well as the “Defender of Freedom” award from the Center for Security Policy in Washington, D.C., and the “Friend of Law Enforcement” from the Kansas State Sheriff’s Association.

After 20 years of service to her community, state and nation, Peggy retired from the legislature as the Speaker Pro-Tem after having served as Assistant Majority Leader. Peggy is excited about working with those seeking to understand the threat as well as legislators who want to engage in passing laws to protect their state and nation.

Peggy also likes working with the faith community and continues to stay active in state politics.