It is being reported that President Trump is considering dropping Pakistan as a U.S. “ally” due to their obvious support for “terrorism.” 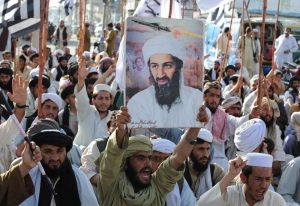 The Quranic Concept of War – written in 1989 by a Brigadier General SK Malik of the Pakistani army with the forward by the Army Chief of Staff/former Pakistani President Zia ul Haq and the Preface by the Advocate General of Pakistan – is doctrine for the Pakistani military.  It makes clear that war against non-muslim forces is obligatory until Islam dominates the world.

Al Qaeda’s leader Osama bin Laden lived in Abbottabad, Pakistan for several years up until the time he was killed in a U.S. raid.

Pakistan used “aid” money provided by the United States government during the Obama Administration to expand its nuclear program.

Pakistan has never been a friend to the United States, because it is a driving force in the global jihad.

Pakistan needs to be crushed along with Saudi Arabia and Iran.