“It must be the role of the mosque to guide the public policy of a nation, raise awareness of critical issues, and reveal its enemies. From ancient times the mosque has had a role in urging jihad for the sake of Allah, resisting the enemies of the religion who are invading occupiers. That blessed Intifada in the land of the prophets, Palestine, started from none other than the mosques. Its first call came from the minarets and it was first known as the mosque revolution. The mosque’s role in the Afghan jihad, and in every Islamic jihad cannot be denied.”

A mosque is not an “Islamic church” as some falsely believe.  A mosque or masjid, also called an Islamic Center, is the center of the Islamic community.  It is a mix of a Town Hall and a District Court.  It is very similar to an embassy. 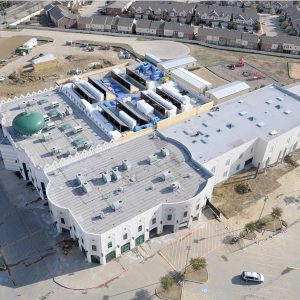 When a mosque is built, muslims are claiming up to three (3) miles around the mosque as Islamic territory.  It is the seat of the Islamic government where sharia is adjudicated, Islam/sharia is taught, social events are held, jihadi are trained, battles planned, and it is the place from which battles are launched.

And, oh by the way, muslims pray there.

Islam teaches their prophet Mohammad was the “perfect man.”  His behavior is the model behavior for all muslims for all times.  Mohammad condoned the killing of those who mocked him and the taking of sex slaves, participated in beheading up to 900 people after the Battle of the Trench, married a six (6) year old girl, commanded muslims to wage war against non-muslims, and spent the last ten (10) years of his life waging war.

Mohammad also set the example for the purpose of the mosque.  Islam’s perfect example for all muslims for all times used the mosque as the center of Islamic power in an area.  He used it to:  teach the muslim community allah’s divine law (sharia); adjudicate legal matters; house and train jihadis (soldiers for allah); plan battles; and to launch battles.

Therefore, that is what a mosque is.

See the affidavit in one prominent case here.

Today in America there are over 3200 mosques/masjids/Islamic centers.

Republican and Democrat leaders defend muslims’ “rights” to build mosques based on a “religious liberty issue” despite the fact muslims teach muslim children in America – in the most widely used textbook in U.S. Islamic schools for 12 year olds – that “Islam is not a religion, however, but a complete way of life.”

Leave a Reply to Timothy Clark