What Is The Purpose of Islamic Centers/Mosques in America? 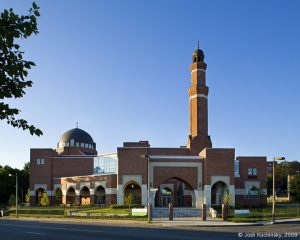 Many Americans believe a mosque or Islamic Center is simply a “Muslim church.”  This could not be further from the truth.

The Muslim Brotherhood’s (MB) strategic plan for North America entitled “An Explanatory Memorandum” was discovered during an FBI raid in Annandale, Virginia in 2004 at the home of a senior Hamas/Muslim Brotherhood leader.  This document was entered into evidence in the largest terrorism financing and Hamas trial ever successfully prosecuted in American history – US v Holy Land Foundation (HLF), Dallas, 2008.

“Understanding the role and the nature of work of “The Islamic Center” in every city with what achieves the goal of the process of settlement (Civilization Jihad):  The center we seek is the one which constitutes the “axis” of our Movement, the “perimeter” of the circle of our work, our “balance center”, the “base” for our rise and our “Dar al-Arqam” to educate us, prepare us and supply our battalions in addition to being the “niche” of our prayers. (emphasis added)

“This is in order for the Islamic center to turn – in action not in words – into a seed ‘for a small
Islamic society’…Thus, the Islamic center would turn into a place for study, family, battalion, course, seminar, visit, sport, school, social club, women gathering, kindergarten for male and female youngsters, the office of the domestic political resolution, and the center for distributing our newspapers, magazines, books and our audio and visual tapes…Meaning that the “center’s” role should be the same as the “mosque’s” role during the time of God’s prophet…when he marched to “settle” the Dawa’ in its first generation in Madina…From the mosque, he drew the Islamic life and provided to the world the most magnificent and fabulous civilization humanity knew. This mandates that, eventually, the region, the branch and the Usra turn into “operations rooms” for planning, direction, monitoring and leadership for the Islamic center in order to be a role model to be followed.” (emphasis added)

In 2002, Turkey’s President Recep Tayyip Erdogan quoted a famous muslim refrain:  “The mosques are our barracks, the domes our helmets, the minarets our bayonets and the faithful our soldiers…” further highlighting the understanding among Muslims of what a mosque it.  (“Turkey’s Charismatic Pro-Islamic Leader.” BBC News. 4 November 2002) 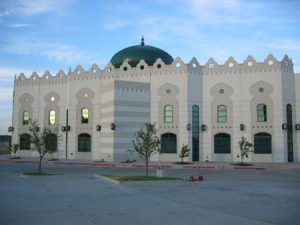 The Islamic Center of Irving is owned by the MB’s bank, the North American Islamic Trust (NAIT)

One of the leading Islamic jurists in the world who also led the first prayers in Egypt after the successful MB revolution there in 2011 – Yusuf al Qaradawi – published a fatwa (legal ruling) on the question “Is it permissible to use a mosque for political purposes?”  In it he stated, in part:

“It must be the role of the mosque to guide the public policy of a nation, raise awareness of critical issues, and reveal its enemies. From ancient times the mosque has had a role in urging jihad for the sake of Allah, resisting the enemies of the religion who are invading occupiers. That blessed Intifada in the land of the prophets, Palestine, started from none other than the mosques. Its first call came from the minarets and it was first known as the mosque revolution. The mosque’s role in the Afghan jihad, and in every Islamic jihad cannot be denied.”

There is a reason American soldiers and Marines find weapons, ammunition, and jihadis in mosques overseas, and why the French are finding weapons in mosques in France – this is what mosques are.

It is worth noting when the FBI killed Imam Luqman Abdullah in a shootout in Detroit in 2009, the complaint in the case quoted an FBI source stating he/she, “…saw and participated in extensive firearms and martial arts training inside the Masjid al Haqq (mosque).”

Finally, the Islamic Law of Sacred Space makes clear that when Muslims build mosques they are claiming ground for Islam.  Specifically, a radius of up to three (3) miles from the mosque belongs to Islam.  This explains why the Muslim Brotherhood, with funding from Saudi Arabia and others, are building huge mosques in the middle of nowhere in America.  They are claiming ground for Islam.  Now all they have to do is occupy that ground.

In America today (2018) there are over 3200 Islamic centers/mosques in all 50 states.  Land ownership by the Muslim Brotherhood’s bank [the North American Islamic Trust (NAIT)], IRS records, and the jihadis leading these organizations, indicates at least 80% of these centers are a part of the Muslim Brotherhood’s jihadi network in America.  Independent investigation also reveals over 80% of American mosques teach sharia adherence and violence to attendees, which is a logical outcome of them being MB jihadi mosques.

According to our enemy, the mosque/Islamic Center is the place from which the jihadis here will launch the jihad when “Zero Hour” arrives.

We can sit by and wait for that day, or we can begin dismantling this jihadi network in our Homeland.