Daily Reality, Islamic Doctrine & 1400 Years of History Tell Us There is ONE Version of Islam

Daily Reality, Islamic Doctrine & 1400 Years of History Tell Us There is ONE Version of Islam

Headlines from around the world demonstrate Islamic leaders and sharia-adherent muslims want to live under sharia, want everyone else to live under sharia, believe those who leave Islam must be killed, believe raping non-muslims is lawful, believe warfare against non-muslims is mandatory until the world is under Islamic rule, believe mosques are centers of the Islamic government where sharia is adjudicated and weapons are stored, and believe Islam must dominate, subjugate, and eradicate. 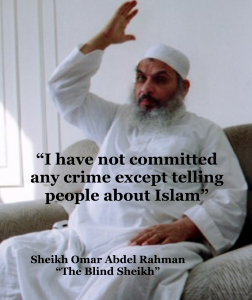 Here are a few stories from around the world in the LAST 3 days:

Strange how so many muslims are getting their “version” of Islam “wrong” in the exact same way.  Maybe they aren’t getting it wrong.

Just like the most prominent Islamic scholars from Al Azhar who believe in the same “version” of Islam as Al Qaeda and the Islamic State scholars.

Strange how Abdullah Azzam, who created Al Qaeda with Osama bin Laden, and Al Qaeda’s Blind Sheikh (Omar Abdel Rahman) believed in the same “version” of Islam too.  Yet, they were revered Islamic scholars.

Strange how today we can find the books and DVD’s of Al Qaeda leader Anwar al Awlaqi in nearly every mosque book store in America teaching the same “version” of Islam, yet the United States killed him in a drone strike in 2011. 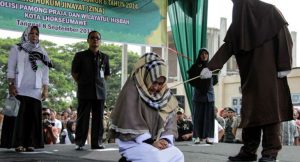 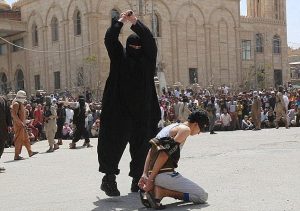 There is 1 Islam and 1 sharia

The following is lawful under sharia:

Creating a domestic counter-terrorism strategy in the United States, a military war-plan to be victorious over the Islamic threat, and a foreign policy to support that war-plan, must begin with knowing and understanding that Islam is at war with the United States and, therefore, we are at war.

Islam is the threat.  Sharia is the doctrine.

The first war America fought after the American Revolution was against muslims from the Islamic States (Barbary States) waging war against the United States by seizing U.S. ships and capturing our citizens.

President Thomas Jefferson went to war against the Islamic States because he understood they were the enemy of liberty and an enemy of the United States.  Twenty years earlier he and John Adams heard it from the Ambassador to Britain from Tripoli who told them muslims had the right to wage war against non-muslims because the Koran says so.