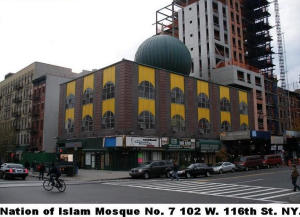 Responding police officers were pushed out of the mosque by muslim men and the doors were locked. Two officers remained trapped inside on the ground level and were attacked by over 16 men who overpowered them, forced them to the ground and took their weapons.  Officer Phillip Cardillo was shot one time and mortally wounded.. The other officer was knocked unconscious, and his weapons were never found.  As other police officer tried to make entry into the locked mosque, they looked thru the window and saw both officers laying prone while two large groups of muslim men beat and kicked the officers.

Here are the facts:

This incident raises serious questions which have never been answered: 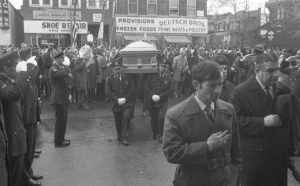 Over 40 years later, some things remain the same.  Members of Congress are still protecting criminals and jihadis in our communities, and some even advocate for the jihadis.  Police are not allowed to be aggressive and harsh in their pursuit of jihadis which emboldens and encourages the jihadis to fight harder as the years go on – per sharia law.

An attempt to name a small street in Harlem after Officer Cardillo was halted in 2013 when the local community board ruled the police must first get permission from two local mosques to do so, including the mosque where Officer Cardillo was shot. In an angry letter to Police Commissioner Ray Kelly, Cardillo’s son Todd, called the decision “a slap in the face to me and my family.”

The failure of local, state, and federal leaders to understand the threat and aggressively go after that threat cost lives.  It cost lives of our military in Afghanistan and Iraq, and it did in New York in April of 1972.