The Southern Poverty Law Center (SPLC) is a U.S. based 501(c)(3) non-profit organization that claims to “battle racial and social injustice” in America, yet SPLC’s words and actions reveal it is a terrorist support organization which actively works to accelerate the Islamic and hard-left Counter-States in their goal of overthrowing the United States government. 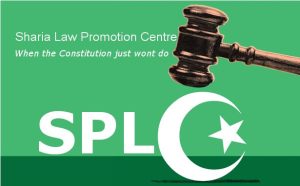 As Understanding the Threat (UTT) consistently reports, the war in which we are engaged consists of two major Movements acting as “Counter-States” to the United States of America;  The Global Islamic Movement and the hard-left Marxist/Communist/Socialist Movement.

This is a war primarily fought in the Information Battlespace where Propaganda, Influence Operations and Political Warfare are the key lines of operation.

Political Warfare is defined as the synchronization of non-violent and violent actions in support of the strategy.  The “victim/grievance creation” tactic used by the Islamic and hard-left Movements is Political Warfare at its finest.

Both the Islamic and hard-left Movements take a series of actions within their strategies to create the illusion of unjust wrongs, and then work within communities to redress these “wrongs.”  In all cases, the actions of redressing of “wrongs” advance the ultimate goal of destroying the underpinnings of our nation which will necessarily lead to the overthrow of the United States system of government.

One example in the Islamic Movement is when suit-wearing jihadis’ claims “terrorist attacks” create “backlash” against the Islamic community which necessitates law enforcement, churches, synagogues, political leaders, and others to take actions to “protect” muslims.

Similarly, the hard-left Marxist/Communist/Socialist Movement create a straw-man by grossly exaggerating the racist problem in America and likening anyone who speaks truth about SPLC-protected groups as “racist” in order to destroy their ability to operate in the public arena.

The Southern Poverty Law Center’s spokesman, Mark Potok, who just retired this year after 20 years with the SPLC, made clear why the SPLC created and keeps current their “Hate Map.”  At a 2008 speech in Vermont, the SPLC’s Potok explained:

“We see this political struggle…We’re not trying to change anybody’s mind.  We’re trying to wreck the groups.  We’re trying to destroy them…You are able to destroy these groups sometimes by the things you publish.  It is not so much that they will bring down the police or the federal agents on their head, it’s that you can sometimes so mortally embarrass these groups that they will be destroyed.”

At a speech in Michigan in 2007, the SPLC’s Spokesman Mark Potok said, “I want to say plainly that our aim in life is to destroy these groups (SPLC “Hate” groups), completely destroy them.”

It was reported this week by the Washington Freebeacon that the Southern Poverty Law Center’s business income tax return from 2015 and other records from 2014 show the SPLC has “financial interests” in the Cayman Islands, British Virgin Islands, and Bermuda, and has moved millions of dollars overseas into unregistered accounts.

These are strange transactions for a U.S.-based non-profit organization, unless it is actually a propaganda and political warfare arm of a hostile Counter-State actor.

The article also noted that SPLC leaders Richard Cohen and Morris Dees are paid nearly $330,000 per year for leading the SPLC, a non-profit organization.

None of this activity is shocking for those who know the Southern Poverty Law Center is an advocate for terrorist organizations like Hamas.  The SPLC regularly defends and advocates for the terrorist group Hamas doing business as the Council on American Islamic Relations (CAIR).

Examples of SPLC defending/advocating for Hamas (dba CAIR) can be found here, here and here.

At no point has the Southern Poverty Law Center ever published the evidence regarding CAIR revealing it was created by the U.S. Muslim Brotherhood’s Palestine Committee (Hamas) to be a node for Hamas in America.

In the war in which the U.S. is engaged domestically against the Islamic and hard-left Counter-States, the SPLC is engaged supporting both enemy entities in the propaganda and political warfare spheres, which makes them a hostile entity against the United States in this war.

Chris Gaubatz posed as a converted muslim and went undercover at Hamas headquarters in Washington, D.C. (Council on American Islamic Relations), removing over 12,000 documents from their offices and obtaining 300 hours of covert audio and video recordings. 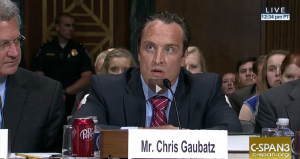 The SPLC lies, deceives, and obfuscates the truth about the jihadi threat to America because it is participating in its advancement and the advancement of the Islamic and hard-left Counter-States.

The SPLC should be investigated for its irregular financial activities, its support for terrorists, and for participating in actions taken by hostile entities to overthrow the United States government.

Leave a Reply to derek