Speaking Truth Boldly is the Best Response to the Islamic Threat

Speaking Truth Boldly is the Best Response to the Islamic Threat

Propaganda is, by definition, intentionally used to manipulate and control, making it antithetical to liberty.

The Islamic Movement uses its “Islamophobia” campaign as a hammer to impose the Islamic Law of Slander on the non-muslim world.  Slander is legally defined in Islam as saying anything about Islam that muslims would “dislike,” and is a capital crime under sharia.

The best way to counter the tidal wave of lies, deceit, and propaganda coming from Islamic leaders is to speak truth boldly without hesitation, no matter what the cost.

In the shadow of 2018’s Memorial Day when America honors it’s war dead, what better way to pay tribute to those who gave it all in the defense of freedom than to sacrifice some comfort to dare to say what is true about a barbaric and evil foe. 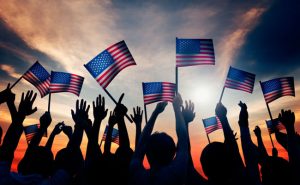 While people who self-identify as “muslim” may or may not adhere to sharia as required under penalty of death in Islam, their lack of adherence to sharia does not constitute a different “version” of Islam.

Islam requires muslims to submit to Allah’s sovereign law which is sharia.

All authoritatively published sharia comes from the Koran and the example of Islam’s prophet Mohammad.

There is one Quran which commands warfare against the non-muslim world until Islam (sharia) rules the world – it must because Allah’s law is perfect according to Islam.

There was only one Mohammad who is identified in the Koran as a “beautiful pattern of conduct” for all muslims to follow.  Mohammad tortured, killed, married a six year old, permitted people to be killed who mocked him, permitted sex slaves, and waged war on those who did not convert to Islam or submit to Islam.

No gray area in sharia on these matters.  Warfare against non-muslim is obligatory until the world is under sharia.

Many people have a hard time swallowing the simplicity of Islam’s goals for a number of reasons.  That does not change the truth.

Learn to speak the truth about this threat.  Time is running out.  As we see citizens of Europe arrested for using social media to share their views, publishing photos online, or simply standing in front of a court filming muslim gang-rapists, liberty is under assault.

The least we can do is speak truth about it.

UTT encourages you to: