This past week it was confirmed DOD severed all ties with the Southern Poverty Law Center (SPLC), scrubbing SPLC training from DOD manuals.

In June of 2016, Understanding the Threat’s Vice President, Chris Gaubatz, testified before the U.S. Senate’s Judiciary, Intelligence, and Homeland Security Subcommittee, headed by Senator Ted Cruz.  Mr. Gaubatz outlined his experience conducting undercover research with Hamas doing business as the Council on American Islamic Relations (CAIR).  Hamas is a U.S. state department designated terrorist organization, and the Palestinian branch of the Muslim Brotherhood.  Mr. Gaubatz testified the goals of the Muslim Brotherhood are no different than those of the Islamic State and Al Qaeda- to establish an global Islamic state under sharia. 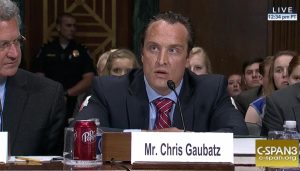 His testimony was factual, citing his own undercover work, and evidence entered into the largest terrorism financing trial ever successfully prosecuted in U.S. history- the US vs Holy Land Foundation trial.

Sitting to Mr. Gaubatz’s right was the President of the Southern Poverty Law Center, Richard Cohen.

Despite having been informed of their ties to the terrorist group Hamas, Cohen and the SPLC continue to support Hamas doing business as CAIR in a number of ways, including working to prevent Understanding the Threat (UTT) from being able to train law enforcement in cities across the nation.

The SPLC represents the “RED” (Marxist Movement) in the Red-Green axis, working hand in hand with jihadi groups, including CAIR, here in the United States to destroy our Constitutional Republic and overthrow our government.

UTT welcomes the Department of Defense’s decision as a long overdue step to cut SPLC completely out of the government.