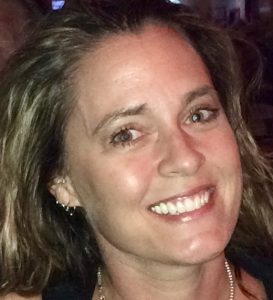 Stephanie Ameiss is the Director of Investigations for Understanding the Threat.

She grew up in Arizona and holds a Bachelor degree from Arizona State University.  After college she worked as a gang intervention specialist and a court liaison and taught at a facility for violent juvenile offenders. She went on to be a police officer and spent most of her career as a detective.

During her career, Stephanie was involved in every type of criminal investigation at the local, state and federal levels.

Stephanie served as a Patrol officer and an undercover narcotics detective. She worked several intense investigations around the Arizona/Mexico border, along with many organized crime cases (narcotics).   Stephanie became a detective in the Intel unit and worked with a state task force investigating cross-jurisdictional gang crimes. Stephanie found her fit in the Intel unit and was assigned to ACTIC as the Terrorism Liaison Officer (TLO).  ACTIC is the Arizona Counter Terrorism Information Center, a joint effort between the Arizona Department of Public Safety, Arizona Department of Homeland Security, Federal Bureau of Investigation and participating agencies.  This assignment on the federal task force enabled her to respond all over the state of Arizona to assist partnering agencies with terrorism matters.