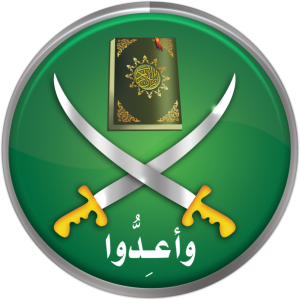 The contrast would be comical if it were not so dangerous and the public were better informed.

Bassem Alhalabi is the President of the Islamic Center of Boca Raton, which is a highly sharia-adherent mosque, and has leaders/attendees involved in the terrorist groups Al Qaeda and Hamas.

Alhalabi is also currently a professor at Florida Atlantic University (FAU) in the Department of Computer and Electrical Engineering and Computer Science.

Before arriving at FAU, Alhalabi was in Tampa at the University of South Florida (USF)  working closely with convicted terrorist Sami al-Arian.  Alhalabi co-authored publications with al-Arian and, when applying to FAU, he used al-Arian as a reference. 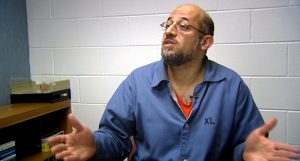 Al-Arian pled guilty to “Conspiracy to make or receive contributions or funds, goods or services to or for the benefit of the Palestinian Islamic Jihad, a Specially Designated Terrorist, in violation of 18 USC Section 371.”

In addition to being a terrorist, Sami al-Arian was a tenured professor at the University of South Florida and taught computer science, like Alhalabi.

On June 30, 2003, Alhalabi was charged in a U.S. Department of Commerce administrative hearing as follows:  “Alhalabi caused to be exported a thermal imaging camera, an item subject to the Regulations, from the United States to Syria.”

Who sends thermal imaging equipment to a state sponsor of terrorism?  A terrorist does.  It is not clear why this was not a “Material Support for Terrorism” charge.

The Alhalabi charging document from the U.S. Department of Commerce can be read here.

The Islamic Center of Boca Raton has a history of sharia adherence and, therefore, supporting jihad – what U.S. law calls “terrorism.” 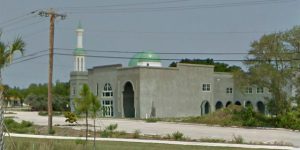 The Islamic Center of Boca Raton

Prior to 9/11/2001, the Islamic Center of Boca Raton received grants from and donated money to the Global Relief Foundation (GRF), which the U.S. Treasury designated a Foreign Terrorist Organization (FTO) and shut down in 2002 because “its officers and directors have connections to, and have provided support for and assistance to, Usama bin Laden (UBL), al Qaida (sic).”

In 2007, Dr. Rafiq Sabir, an active member of the Islamic Center of Boca Raton, was convicted of Conspiracy to Provide Material Support to a Designated Foreign Terrorist Organization – Al Qaeda.

On May 23, 2016, the Muslim Brotherhood’s Muslim Students Association (MSA) at FAU hosted a panel discussion which included Bassem Alhalabi.  Alhalabi told the audience “Sharia is being practiced in the U.S.  We at the Islamic Center of Boca Raton, we practice sharia.”  He then explained to the crowd that amputating hands for theft is a good thing.

See the video here.  (hat tip to the United West!)

UTT readers are aware sharia mandates jihad until an Islamic State (Caliphate) is established and sharia is the law over the entire earth.  Jihad is legally defined as “warfare against non-muslims” in sharia.

The website for the Islamic Center of Boca Raton states:  “Terrorism is not a religious identity, rather it is a horrific behavior often justified by misapplied religious dogma.  ICBR [Islamic Center of Boca Raton], in accordance to its sole purpose and understanding of Islam, stands firm on the condemnation of all forms and acts of terrorism. The ill acts of a few misguided individuals shall not be viewed as the mainstream of Islam and Muslims.”

Since we know – because Bassem Alhalabi publicly said it – the ICBR is fully sharia adherent, we must define “Terrorism” as Islam/Sharia defines the word.  In Islam, “Terrorism” is to kill a muslim for a non-sharia prescribed reason, ie to kill a muslim without right under sharia.  Sharia prescribes when and how muslims may be killed:  those who commit capital crimes in Islam (apostasy and adultery for instance), and a muslim who kills another muslim without right (for a non-sharia prescribed reason) may be killed. Any other killing of a muslim is “Terrorism” in Islam.

So, of course they denounce terrorism.  However, they are not referring to “terrorism” as defined by U.S. law.

And they will never denounce JIHAD.

In March 2011, Bassem Alhalabi was arrested in Boca Raton, Florida for assaulting Joe Kaufman, Chairman of Americans Against Hate, after Kaufman spoke in Tallahassee, Florida about the terrorism ties of Hamas leader Ahmed Bedier, a colleague of Alhalabi, and leader of the group United Voices of America. 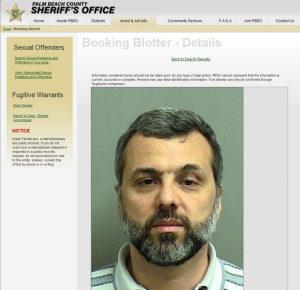 In May 2017 it was revealed the Islamic Center of Boca Raton recently paid $4.9 million for a 19 acre plot in Delray Beach, Florida.  Wonder what the Muslim Brotherhood will use that for?

Nothing good to be sure.

At what point will citizens in Florida hold their local and state officials accountable for passing the buck while allowing terrorists like Bassem Alhalabi to walk the streets?