Twenty-seven people were killed at a rural church in Texas Sunday by a lone gunman.

Here is what is known about the killer:

His name is Devin Patrick Kelley and he was 26 years old. He was shot by a citizen and died in his car after fleeing the scene.

He was given a Bad Conduct discharge from the U.S. Air Force (2010-2014) after being court martialed for assaulting his wife and child.

It is being reported on social media Kelley was affiliated with Antifa, but that has yet to be confirmed.

This attack did occur on the weekend Antifa called for their war to begin.

A recent photo of Kelley reveals him sporting a sharia adherent beard. 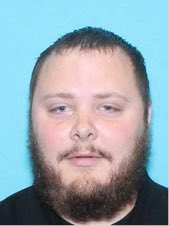 Maybe just a coincidence, but as we have seen from other recent investigations, law enforcement in general has no training on sharia or the jihadi networks in the U.S. nor in the Marxist Movement and how it works with the Islamic Movement.

Therefore, these avenues of inquiry will likely not be pursued.

It is interesting that as the media reviews and reports on shooting attacks in the United States in the last 15 years or so, they seem unable to piece together the glaring reality that these attacks have been committed by leftists/Marxists or jihadis.