The Cancer That is the Islamic Society of North America

The objective of the Islamic Society of North America (ISNA) and their nearly 300 affiliates in the United States is to wage civilization jihad until an Islamic State under sharia (Islamic law) is established in America.

Established in the early 1980’s as the next generation of the Muslim Students Association (MSA) – the first organization created by the Muslim Brotherhood in the U.S. – ISNA is, according to MB documents discovered by the FBI, the “nucleus” for the Islamic Movement in North America.

ISNA’s By-Laws state its “Aims and Purposes” are:  “The aims and purposes of ISNA shall be to advance the cause of Islam and serve Muslims in North America so as to enable them to adopt Islam as a complete way of life.”

Evidence in the largest terrorism financing trial ever successfully prosecuted in American history – US v Holy Land Foundation for Relief and Development, Northern District of Texas (Dallas) 2008 – reveal ISNA is not only a Muslim Brotherhood organization, it directly provides funding to the terrorist group Hamas and to Hamas leaders.

In fact, when ISNA tried to have its named removed as an Unindicted Co-Conspirator in the HLF case, Federal Judge Jorge Solis ruled:  “The Government has produced ample evidence establishing the associations of CAIR, ISNA, and NAIT with the HLF, IAP, and with Hamas.”

Founded in Plainfield, Indiana, ISNA remains a strong presence for the jihadi Movement in America today.  The influence it has and continues to exert inside the U.S. government, in the “Interfaith Outreach” movement, training military personnel, and much more is staggering.

For instance, until the Inauguration of President Trump, former ISNA President Mohamed Magid:  was invited to White House functions; sat on the Homeland Security Advisory Committee and held a secret clearance; advised Secretaries of State under the Obama administration; gave lectures at CIA Headquarters in Langley, Virginia; and was given several awards by the FBI including the FBI Director’s Award in 2016 presented by FBI Director Comey. 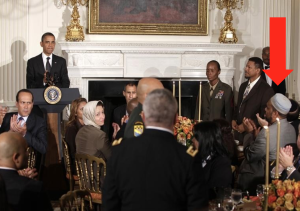 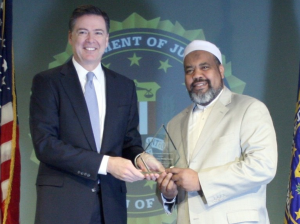 Past and present ISNA leaders find open doors to the halls of power in Washington, D.C. and are treated with great reverence.  ISNA’s National Director for the Office for Interfaith & Community Alliances is Sayyid Syeed is welcomed with open arms into the largest Christian organizations and functions in the United States and treated like a friend.

UTT’s President John Guandolo has personally spoken to many Christian leaders at events where Syeed was present, and the ignorance about Syeed and ISNA are incomprehensible.

Not all of the work done by these suit-wearing jihadis is non-violent.  Americans are dead because of jihadis who were taught and trained at Islamic Societies in the U.S.

See UTT’s video of this event and the Islamic Society of Greater Chattanooga here.

Alton Nolen, a muslim who beheaded his co-worker in Oklahoma, frequented the Muslim Brotherhood’s Islamic Society of Greater Oklahoma.

Hear a part of John Guandolo’s testimony before the Oklahoma State Legislature about these matters here.

Why would these muslim kill in the name of Islam?  Because that is what is the Muslim Brotherhood teaches at their Islamic Societies.

ISNA is a dangerous cancer that needs to be radiated until it is no more.