The Organisation (sic) of Islamic Cooperation (OIC) is the largest voting block in the United Nations and is comprised of every Islamic nation on earth – 57 states.

The OIC’s Charter states one of its goals is to “promote human rights.”  What does the OIC mean by “human rights?”

We need to look no further than the Cairo Declaration on Human Rights in Islam, approved by the OIC in 1990 in an Extraordinary Session of Kings and Heads of State of every Islamic nation on earth, and submitted to the United Nations in 1993 as an official document from the entire muslim world at the leadership level.

Article 19 of the Cairo Declaration states:  “There shall be no crime or punishment except as provided for in the Shari’ah.” 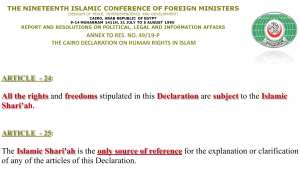 This means the official legal definition of “human rights” for the entire Islamic world is “the imposition of Sharia.”

Therefore, the entire Islamic world at the Head of State and King level defines “human rights” as:  killing homosexuals; killing those who leave Islam; forcing non-muslims to convert to Islam or submit to Islam/sharia and pay the non-muslim poll tax (jizya) or be killed; allowing sex slaves to be taken by muslims; and everything else that comes with sharia.

The Islamophobia campaign is married to the Islamic Law of Slander.  Islamophobia was created by the Muslim Brotherhood’s International Institute of Islamic Thought (IIIT) to silence all honest discussion of Islam in the West.

In sharia, “Slander” is defined as saying anything about Islam a muslim would “dislike” and it is a capital crime.

“Call upon the Islamic Conference of Foreign Ministers to consider the possibility of establishing an independent and permanent body to promote human rights in Member states, in accordance with the provisions of the Cairo Declaration.”

It goes on to say:

So, the OIC wants to criminalize all offensive speech against Islam.

The entire leadership of the Islamic world is pursuing a line of operation that stands in direct conflict with U.S. founding principles and law.

The purpose of the Islamophobia campaign is to keep U.S. leaders from discussing sharia and its direct support for actions which are unlawful under U.S. law and to put police and investigators at the state and federal level on their heels when it comes to Islam.

One could argue this campaign has been wildly successful.

The overall objective of the OIC and its member nations is to establish an Islamic State (caliphate) under sharia (Islamic Law) – which also happens to be the same objective as Al Qaeda, ISIS, the Muslim Brotherhood, and every other main line Islamic organization on the planet.

Currently, Turkey is leading the effort to establish the caliphate under the banner of the OIC which, as some have said, is operating as the pseudo-caliphate. 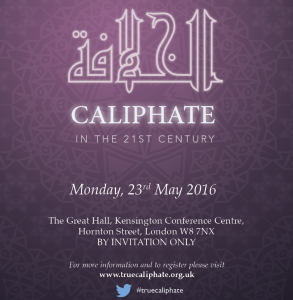 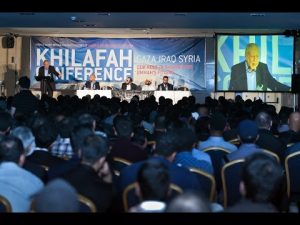 Turkey’s Erdogan is positioning himself to be the Caliph with Turkey as the seat of the caliphate as it was when the last caliphate was dissolved in the 1920’s.

Why is it important for Americans to know all this?

The Global Islamic Movement is readying itself at all levels to re-establish the caliphate and, through the Islamophobia campaign, keeping the United States strategically heeled while they do it.

When the Islamic Movement establishes the caliphate, Europe will be it the crosshairs of the Caliph to be conquered and the United States will be the platform through which that goal is achieved.

The way to turn this around is to understand the threat at the local and state level so the Islamic/jihadi network inside the United States can be dismantled and defeated.