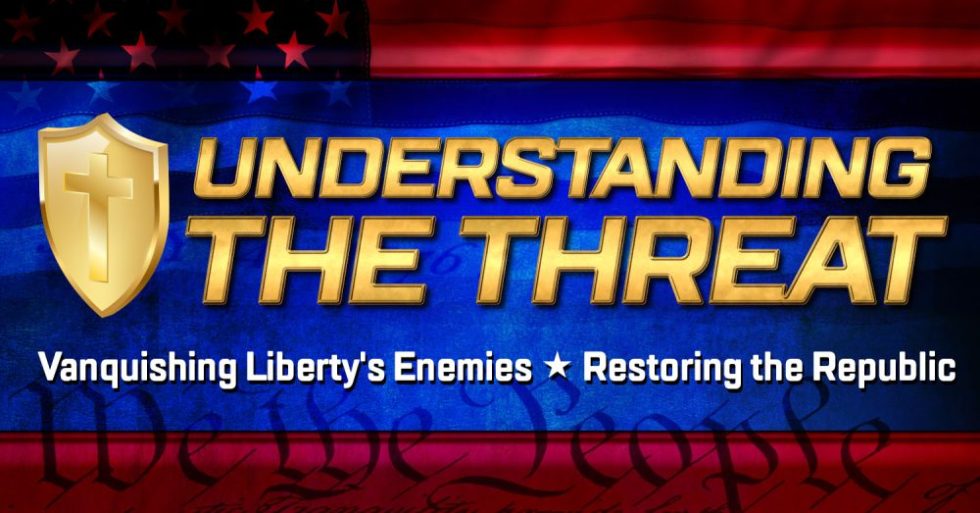 In August 2014, 75 communist and jihadi organizations sent a letter to President Obama’s Counterterrorism Advisor Lisa Monaco asking the Obama administration to shut down Understanding the Threat (UTT) President John Guandolo and his training programs, and “Implement a mandatory retraining program for all federal, state and local law enforcement officials” trained by UTT.

Prior to the Arizona training, the ACLU wrote a letter to Maricopa County Attorney Bill Montgomery demanding the UTT training be shut down. The letter was signed by Hamas and Muslim Brotherhood leaders in Arizona.

It is worth noting that less than 8 months after this initial training, in which UTT specifically identified one of the signers of the ACLU letter – the Islamic Community Center of Phoenix (ICCP) – as a Muslim Brotherhood jihadi mosque, 2 jihadis from ICCP – one of whom taught at the mosque – attacked a “Draw Mohammad Cartoon” event in Garland, Texas and were thankfully killed by police.

It is also worth noting that another signer of the above letter, Mohamed El-Sharkawy, was not only the Chairman of the Arizona Muslim Police Advisory Board and a leader of Hamas in Arizona doing business as CAIR (Council on American Islamic Relations), he was an award-winning training supervisor for baggage handlers for American Airlines at Sky Harbor Airport in Phoenix, Arizona. See UTT’s article on that HERE.

To his credit, despite the loud cries to shut UTT down and assaults from many different directions, the Maricopa County Attorney Bill Montgomery defended UTT and the training because it is factual and evidence-based. Montgomery went on to say the County initiated cases based on UTT’s training.

At the end of the program, John Guandolo asked the attendees, as he always does, 2 questions:

Due to the response from police officers who attended this program, Understanding the Threat (UTT) was asked to return to the Phoenix area and conduct numerous 3-day law enforcement programs over the next several years.

When Bill Montgomery found out about this, he ordered all of the attorneys to attend the upcoming UTT training programs – and they did.

Concurrent to all of this, UTT was working with Arizona state legislators to educate them on the jihadi threats in their local communities across Arizona, and legislation that could be helpful. In conjunction with other allied organizations, UTT helped educate a number of legislators which led to the Arizona state terrorism bill becoming law in 2017. [Arizona Revised Statues, Title 13, Section 2308.01]

Fast-forward to Arizona in June 2019. Ismail Hamed called 911, and told the operator he pledged allegiance to the Islamic State and wanted to meet face-to-face with an officer. Bodycam footage shows Hamed talking to a Maricopa County Sheriff’s Deputy following the 911 call. When the Deputy asked for Hamed’s identification, Hamed started throwing rocks at the officer, prompting him to draw his service weapon and focus it on Ismail Hamed. Hamed then pulled out a knife and walked toward the Deputy, and despite verbal warnings of “I will shoot you,” Hamed refused to drop the knife and was shot, but survived his injuries. Initially, Hamed was charged with assaulting an officer. However, when the Maricopa County Attorney’s Officer heard about it, they charged Hamed with the state terrorism statute.

It should be noted the FBI declined to get involved because they did not understand how Hamed’s actions were terrorism related.

This is just ONE example of a real life experience over a period of years where UTT stood firm for the truth, the law, America’s Founding Principles and was victorious.

Despite withering assaults by the media, religious organizations, communist organizations, the ACLU (but we repeat ourselves), jihadi organizations and others, Understanding the Threat trained many hundreds of good men and women in blue in Arizona, jihadis have been arrested, and a state terrorism statute is in place.

While today’s leadership in Phoenix is not abiding by their Oaths of Office, this story should let all readers see how quickly the enemy can be put on their heels if the community decides to put them there.

Share this story and the information with your local sheriff’s office and police departments.

Share the testimonies of police officers who have been through this training HERE. Let them read comments from federal agents, police officers, and attorneys HERE.

Share with community leaders the Executive Letter signed by former Directors of CIA and DIA which lauds UTT’s work and its unique importance to the security of states and locales. See the letter HERE.

Want to be safe and secure in your community?

If so, get your sheriff’s office and police trained by UTT, and bring our team in to train citizens through our INTO ACTION training program so they can identify these threats and flush them out at the county level!